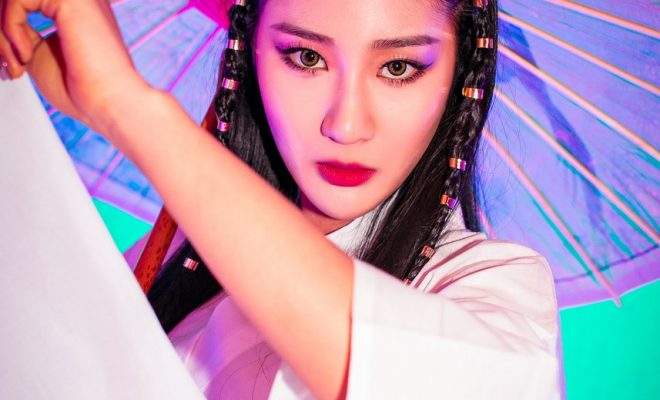 GIRLKIND’s JK catches you off caught with the announcement of her 1st solo single!

Yes, that is right! It appears that GIRLKIND‘s JK will be getting her solo debut. She has revealed the release schedule. So, check it out below!

Through this schedule, it looks like she will be releasing two image teasers, set for March 15th and 18th. Following on is the MV teaser, scheduled for March 19th. From this image, we get a feel for the kind of concept she will be going for.

Meanwhile, she has revealed her first image teaser. Through this image teaser, she has this strong geisha look to her, especially with her white powdered face, her outfit, the umbrella and her red lips!

She will make her hot debut with ‘Split‘ on March 21st. Are you ready? Let us know in the comments below!