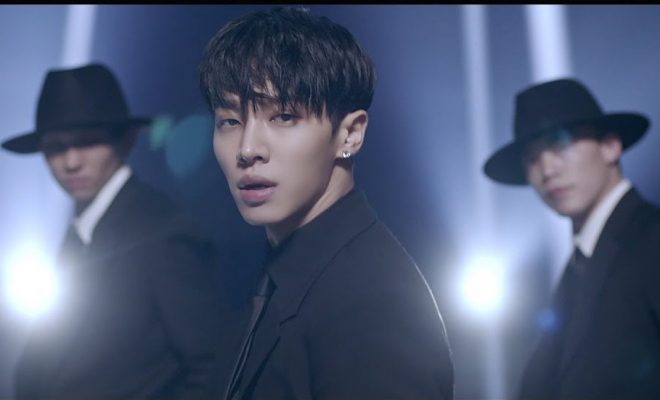 It’s been a couple of weeks since Gikwang‘s solo digital single ‘I‘ was released with the title track ‘DCYE Don’t Close Your Eyes‘.

In the last couple of days, he has followed up the release (and celebrated his birthday – which is today) with the release of a performance version of the song and a behind the scenes look at the making of the MV.

The new performance version gives us the chance to focus on the tight choreography for the song, without the distraction of a shirtless Gikwang! I promise I only watched it multiple times for the choreography.

In the behind the scenes clip, you get a chance to see what went into putting the MV together. We get to watch Gikwang practicing the moves, working with his dance crew and eating – tomatoes, broccoli and blueberries for those of you who are interested. Oh – and shirtless Gikwang is back after doing push-ups, pull-ups to make sure he’s looking his best.

Again, I only watched it in detail so I could report on it for you all!

This is GiKwang‘s final release before he enlists as a conscripted policeman in April.

What do you think of the performance version and the behind the scenes clip for ‘Don’t Close Your Eyes D.C.Y.E‘ from GiKwang? Will you miss his music when he enlists? Let us know your thoughts in the comments below

Written and edited by Narelle – who freely admits to being completely biased when it comes to GiKwang.