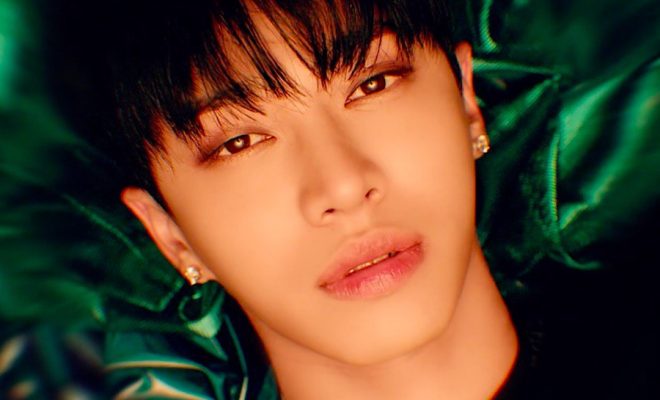 Lee Gikwang‘s upcoming solo comeback is just days away with the release of the digital single ‘[I]‘ and title track ‘Don’t Close Your Eyes‘ scheduled for release on March 18.

To get us ready – like we need any help – or maybe that’s just me, a short MV teaser for the title track has been released.

It is a very short 22-second teaser that will leave you wanting more, but there’s plenty to keep you mesmerised for that 22-seconds. We get a glimpse of Gikwang with his dancers, him drinking red wine and even his muscular back – okay, I’ve warned you, so watch with care!

We don’t hear a lot of the song, but we did hear it on the highlight medley, it just feels like it’s going to be a smouldering track.

The highlight medley for ‘[I]‘ reveals a portion of each of the four songs on the digital single. The title track ‘Don’t Close Your Eyes’ which features Kid Milli sees Gikwang singing in English. Each of the songs has a different feel and flow from the others. We’re excited for this release!

The track list for ‘[I]’ revealed that the digital single will have a total of four tracks.

Gikwang‘s solo digital single ‘[I]‘ and title track ‘D.C.Y.E‘ are scheduled for release on March 18 at 6pm KST.

What do you think of the highlight medley and the MV teaser for Gikwang‘s solo release ‘[I]‘ and the title track ‘Don’t Close Your Eyes‘? Let us know your thoughts in the comments below.

Written and edited by Narelle – who freely admits she is completely biased when it comes to Gikwang.