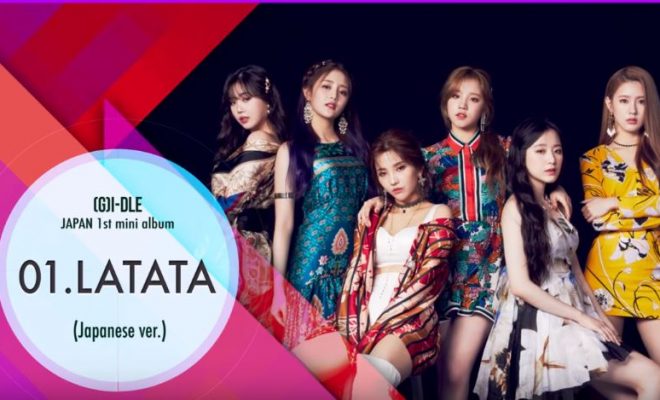 (G)I-DLE is set to release their first Japanese mini album, ‘LATATA‘. To get you excited, they have dropped the album preview. So, check it out below!

This album contains many of their Korean tracks which has been made into a Japanese version. The album begins with ‘LATATA‘ which still has that strong melody. It sounds great in Japanese, pulling you deep into their charms. ‘Light My Fire‘ is quite a groovy song and surely has you dancing along with the beat.

‘MAZE‘ is another soothing song that has such a distinct beat. It really captures your attention, as well as allowing them to showcase their strong vocals. ‘For You‘ slows it down with quite a beautiful soothing melody. Because of that, we get to really hear the rawness of their voice, bringing chills down your spine. It is another beautiful song to listen to.

Meanwhile, they will release this album on July 31st. Which track are you looking forward to listening? Let us know in the comments below!