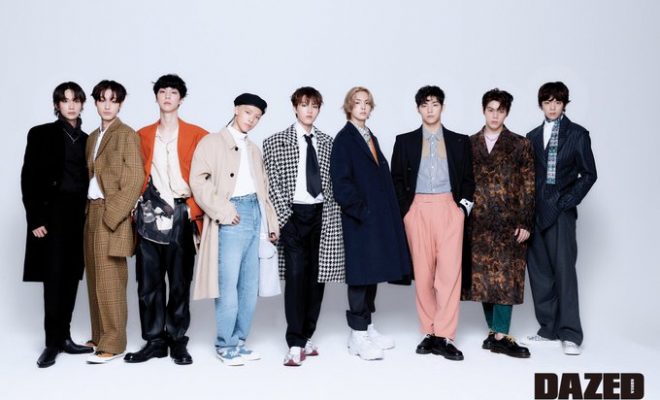 Ghost9 will ‘Think Of Dawn’ in MV teaser

Ghost9 has been dropping many teasers ahead of their upcoming debut. They have released their MV teaser and the highlight medley. Check it out below!

The title track is called ‘Think Of Dawn‘. From the MV teaser, we get this intense melody that goes well with the visuals of the video. One can’t help but be drawn to this hard beat, which matches well with the tempo of the video. It definitely is quite powerful already, leaving us more excited than ever.

The intro track is quite smooth with quite a distinct behind it. It definitely gives us a hint into what we can expect from this album. We get to hear more of ‘Think Of Dawn‘. It doesn’t sound as intense as we first heard it. However, it sounds much more emotional as the beats govern the mood of the song. ‘Reborn‘ is such a minimalistic sound with a minimal beat. It allows us to appreciate their vocals more.

‘It’s Gonna Be Hot‘ is their more uplifting song that gives us such a happy vibe. They definitely leave us smiling throughout it. ‘Lay Back‘ showcases their rap verse. They have such a great flow that draws you in immediately to the melody of the song. The final song ends with such a cheerful mood. One can’t help but feel quite nostalgic as this album comes to an end.

Meanwhile, they are set to make their hot debut on September 23rd. Which track do you draw to the most? Let us know in the comments below!