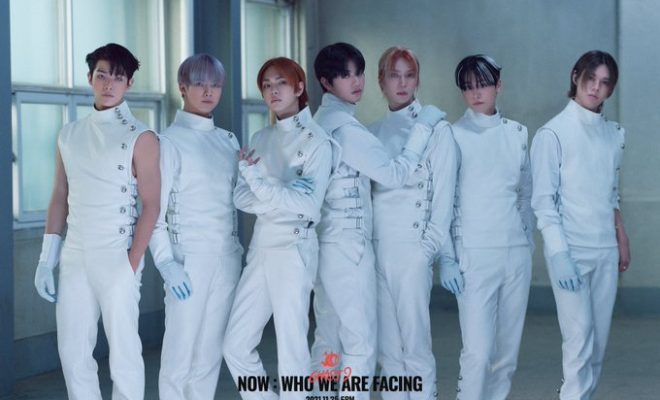 Ghost9 prepares you with their ‘Now: We Are Facing’ comeback schedule

Ghost9 is preparing for their upcoming return with ‘Now: Who We Are Facing‘. Check out the comeback schedule below!

From their comeback schedule, they will release their concept teasers from November 12th to 16th. The tracklist and mood spoiler will be revealed on November 17th and 18th. The MV teaser and visual film are set for November 19th and 22nd. Finally, the highlight medley and performance teaser will be dropped on November 23rd and 24th.

For their first concept teaser, the members are seen wearing fencing outfits in an abandoned building. The way the image has been taken gives off the lonely life of a sportsman. We can’t wait to see where they will go with this concept.

Contrary to their first concept, for their second concept teaser, they have gone for a more laid-back and chill vibe. This time, their outfits are filled with colour. However, we do still see that warehouse feeling from these images. It is quite a chic look and they all are able to pull it off flawlessly.

For their third concept, they have gone for that chic and charismatic look. The white suit definitely helps enhance this vibe they are going for. The added lights also bring that extra effect of being super cool. They undoubtedly have nailed the look.

Meanwhile, they are set to make their hot return on November 25th. What do you think of the concepts so far? Let us know in the comments below!