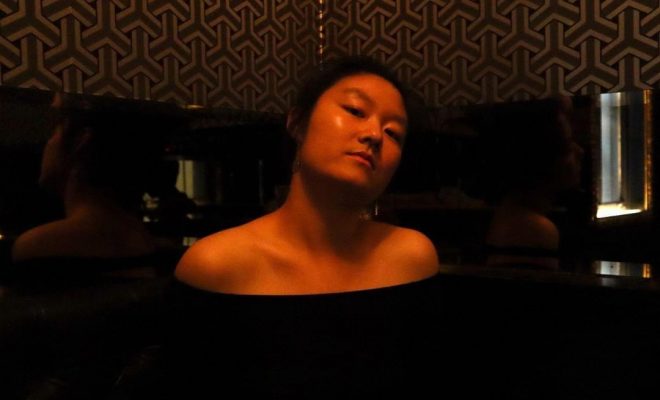 Let’s get to know some more about Melbourne singer-songwriter Sherry, who is proud to be defying Asian stereotypes in the music scene. After graduating with a Bachelor of Arts to appease the cultural expectations of her Chinese parents, she was thrilled to release her debut single ‘Work on Yourself’ last year. Influenced by artists such as Rihanna, Chris Brown, Beyoncé, Bruno Mars, Michael Jackson, Craig David, Destiny’s Child, Boyz II Men and BTS, her sound is a blend of catchy Pop and R&B melodies coupled with relatable lyricism that showcases her smooth, deep tones and powerful vocals. A strong-willed and self-assured woman, Sherry will not let societal barriers stand in her way of achieving her musical aspirations.

How did you get involved with Joy Ruckus Club?

The very first time I came across Joy Ruckus Club was a Facebook post about the virtual Lunar New Year Festival back in February this year. I thought it was really cool that they gave artists of Asian descent a platform to showcase their music and I followed them hoping to apply for future opportunities. A month later, Kublai Kwon, the creator of Joy Ruckus Club found me in a Facebook Group called Asian Creative Network and emailed me about taking part in Joy Ruckus Club 4. I was like “hell yeah!”, registered immediately and here we are.

Are you able to give us a short spoil of what we can expect during your set?

Sure! I start off with my debut single ‘Work on Yourself’, which I perform to a backing track, followed by a cover of ‘Rehab’ by Rihanna and two other originals called ‘On the Ground’ and ‘Mark My Words’, all played on keys.

Joy Ruckus Club brings together artists from different parts of the world. Why do you think an event like this is so important?

Growing up in Australia, I rarely saw anyone who looked like me in the western music industry. So I never really believed I could be a singer. I think an event like this is so important because it shines a light on Asian representation in the music industry, which will give other people who look like me, especially young children, the hope that they can also be an artist if that’s what they want to do.

You recently released ‘Set Me Free’. It has this rock vibe that really goes quite nicely with your voice. It has quite a different sound to your debut song, which was ‘Work On Yourself’. What was it like exploring a new genre of music that you don’t normally do? How was the experience?

I collaborated with fellow JRC4 artist Chronos on this track. As a singer-songwriter with strong Pop/R&B melodic instincts, I had to push myself outside of my comfort zone to topline over this genre fusion track with influences from Rock, Jazz, EDM and Blues music. Unlike the traditional structure of a pop song, he produced the track in a way where none of the sections repeat, so I had to come up with different melodies and lyrics for each section. With an open mind, I gave it my best shot and proved to myself that I am a versatile and resilient songwriter!

How did the collaboration come about?

I came across one of his posts in the Facebook Group ‘Asian Creative Network: Music’ and really resonated with his story. Just like my dad, his dad didn’t want him to pursue a music career as he was worried he wouldn’t be able to make a living out of it. As I read on, I found out he wanted to collaborate with other artists. So I hit him up, scheduled a zoom session, found that we got along very well and now we have a song out together.

Where did you get your inspiration for the lyrics?

I was looking through my lyrical notes on my phone, trying to see which one of my ideas fitted best with the emotion I was getting from the backing track. I ended up going with the idea of feeling very lost, not knowing what you want to do with your life because external factors such as society and your parents are telling you to do one thing, while your heart is telling you to do another.

Sherry ‘Work on Yourself’

What music are you into these days? What have you been listening to?

This might seem surprising but lately I’ve been listening to a lot of ‘Fall Out Boy’ and ‘Panic! At The Disco’. I don’t normally listen to a lot of Rock or Disco but I actually really dig it! I think that just goes to show good music is good music, regardless of the genre.

You’ve mentioned that you want to work on more collaborations. Are there any that you’ve currently got planned or coming?

Yes! Apart from the track I collaborated on with Chronos last month, there’s another song I worked on with a UK artist earlier this year that I am planning to release in 2022 as part of my debut EP!

Finally, What’s the key message you hope to get across through your upcoming EP?

I’m not sure if I have a message finalized for this EP just yet. But in general, I want people to know they are not alone when they listen to my music. I want to show that vulnerability can also be a source of strength and I want to give people hope, letting them know that it’s okay to be different. In fact I think it’s a really good thing! You don’t want to be the same as everyone else because that’s boring.

Thanks Sherry for taking the time to talk to us about your music and all the exciting things that are coming your way.

Make sure you get your tickets to see Lucidic perform at the Joy Ruckus Club 4. Tickets are available from livexlive here.

Written by Narelle and Tracey