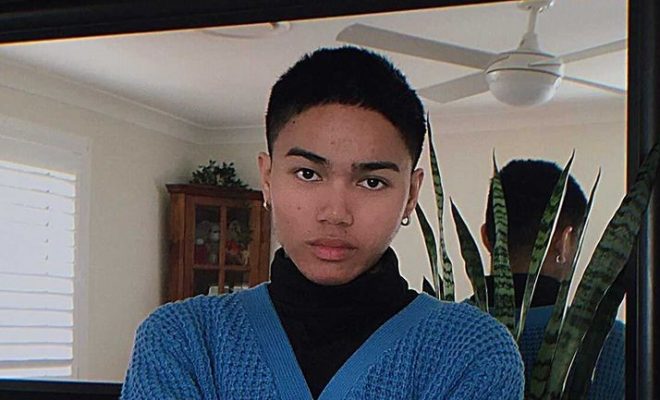 Next up in our spotlight interviews for Joy Ruckus Club 4 is Onarsé who is an Alternative R&B/Soul singer-songwriter from Sydney, Australia. Who is known for his distinctive dreamy and mellifluous voice. With his writing ability and music influenced by the likes of Frank Ocean and Jhene Aiko, Onarsé’s music continues to captivate and resonate with fans. From performing at public venues to uploading demos on Soundcloud, Onarsé’s signature sound continues to allure in a new era of music… one song at a time.

How did you get involved in Joy Ruckus Club?

I saw an Instagram post that they put up looking for artists and I responded and sent my music through, and they responded to advise that I was accepted.  This will be my first Joy Ruckus Club and my first festival.

Why do you think an event like Joy Ruckus Club is so important?

Joy Ruckus Club is important not just for the culture but for Asian people as well is because of the representation it gives to Asian artists.  It shines a light on Asian artists especially in Western society where most of the music is not by Asian artists.  I think it’s a great way to show us to the wider market and community to prove that we have a lot to offer music fans and we are just as talented as other musicians.

How did you get involved in music?

Growing up in the Filipino culture, singing karaoke was an important part of our culture,  I was inspired to sing, some of my influences were Britney Spears, Celine Dion and Mariah Carey.  Mariah is my first and biggest inspiration, when I was 8 years old I started  writing poems.  I saw a documentary about her that said she had started writing poems at about 7 or 8 years of age.    I was inspired by that. At about 11 or 12 years of age, I started writing songs and lyrics and learning to appreciate how songs are constructed and the lyrical content.  Using your words efficiently can be powerful and I learned that early one.

Do you play any Instruments?

I play a few – drums, guitar, piano, and a little violin.

Your new song called ‘Wonderer’ – what’s the message behind it and what do you want the listeners to get from it?

‘Wonderer’ is a song that I wrote in 2019.  I had an experimental project at the time called ‘Dripped’ which came about specifically due to a situation with my friend group at the time, I was 16.  Through that project I was able to work out what people liked, what styles suited me, what I liked singing and producing.  So out of that project came ‘Wonderer which was the first song that I wrote, produced and sing cohesively in a way that I felt proud of myself.

In terms of the song itself, when I write music I like to integrate other people’s experiences into the song.  I just don’t like to rely on my own experiences and emotions because it can be a bit one-sided,  including other people’s perspectives makes the song more rounded.

‘Wonderer’ is about that stage in a relationship where everything is new and ‘fluttery’.  It’s a song where the lyrics ask if you are still together as a couple, even after the hurt and the pain.  It’s a very relatable experience for Gen Z kids.  There’s a lot of meaning behind the song.

What’s your biggest inspiration when it comes to creating music?

Other people’s stories are a big inspiration and being able to be vulnerable and being able to show a different side to me and how people perceive me.  I like to think music is a two edged sword because you don’t know how people will react until they can absorb  the message of the music.

I like to live life with no filters and I like to think that is how my music comes across.

You released your EP last year. What was the process like when you were putting it together? Is there a big meaning behind it? How did you feel when you released it?

‘1510’ was written as a cohesive work, I like to think of it as a storyline.  The first song is the summary of the whole story of the EP.  Through the songs, the story is unveiled, and the emotions build and explode.  It allowed me to explore who I am as a person.  The meaning of the EP is really about just trying to relate not only to Gen Z’s but also to the broader community.

Is there a particular artist(s) that you would like to collaborate with?

In terms of working with I don’t mind if it is singing, writing or producing, it would be frank Ocean.  He has been such a big influence on me as a song writer and a producer.

What’s next for you?  Any plans that you can share with us?

I’m currently working on Joy Ruckus Club and, also ‘Wonderer’ is the lead single for my next project which is another six song EP.  I feel like this new project is much more mature and has a more solid production sound to it.  I took some time away from music recently to live life and gain more experience and that has definitely had an impact on my sound.  The new EP should be ready by the end of September for release.

Thanks to Onarse for taking the time to talk to us about your music and all the exciting things that are coming your way. It was such a fun experience for us, we wish you all the best with your new EP.

Make sure you get your tickets to see Onarse perform at the Joy Ruckus Club 4. Tickets are available from livexlive here.