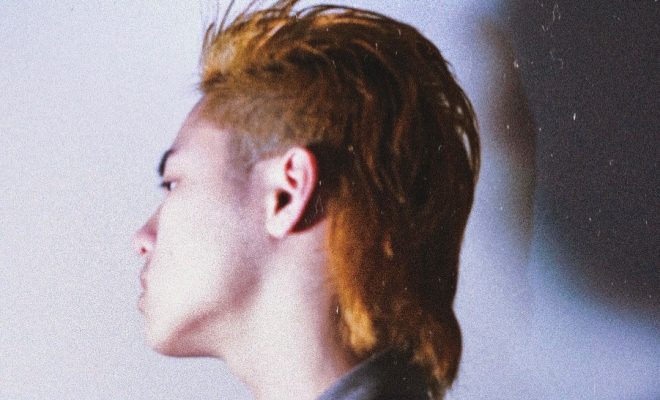 Next up in our spotlight series on Joy Ruckus Club performers is New Zealand born Chinese singer, rapper, songwriter, and producer, Lucidic performs in a wide spectrum of genres. As an independent artist, with a strong hold of talent in music, he demonstrates a style of uniqueness and colour from the music he releases.

What initially got you into music and producing music?

When I was younger, I had always enjoyed doing English and writing short stories and poems.  I like writing poems a lot.  This eventually turned into a diary where I recorded what happened to me and experiences.  They turned into poems and short stories that turned into rap lyrics.  I received a microphone for a birthday present, and that lead to experimenting with songs and lyrics.  I was about 16 when I started trying to turn it all into music.

I don’t really have a musical background.  I never learnt any musical instruments growing up.  When I was younger, I was tone deaf and had no sense of rhythm.  My friends used to tell me not to sing as it was scary.

I’ve practiced and learned a lot in the time I’ve been doing music.  I try and learn by myself, but it can be hard at times – trying to balance life, study and music can be difficult.

What do you want to do with your music?

Music is a big part of who I am.  It’s a passion, something that I love and want to get better at.  I’m not sure where I’ll end up, but would like music to be involved.

Where do your musical inspirations coming from?

If I have to write a song, it’s hard for me to write anything that I haven’t personally experienced.  Everything I write about is a story of something that has happened to me or my friends.

Giriboy a Korean rapper.  I love his style and have listened to him for a long time.  He is one of my greatest musical influences.  So is Dean, the Korean RnB singer.  I draw a lot of inspiration from the Korean/Asian music scene.  I feel that they have a style and a certain sound with the production values.  It’s not something that I can find in American music.

You have said that you don’t know what you are doing while making music. What moves you to do what you do while producing music?

That was a quote from a couple of years ago.  Back then I had no idea what I was doing.  But since then, I’ve grown and learned a lot and developed my sound.  Back then I would always need help with mastering vocals or making a beat.  But I don’t really like asking for help because ultimately what is produced will be influenced by their sound and isn’t exactly what I want.  That pushes me to learn more and more, so I can do it all myself and make whatever I want.

Where does the name Lucidic come from?

When I was a teenager, a friend and I made these random rap names. Lucidic was one of the first that came to mind for me – I don’t know where it came from.  But it stuck with me.

What’s the biggest challenge when it comes to writing and producing your own song?

Writing – the biggest obstacle for me would definitely be running out of things to write about.  As I mentioned before I write from my own experience and in the past what happened to me really drove my inspiration, but as I’ve grown those experiences don’t affect me so much.

Producing – the biggest obstacle would be having listened to so much professionally produced music, it raises my own standards and expectations.  I want to get better and better all the time.  I’ll never stop striving.  I still haven’t reached the level I want to be.

What’s your favourite genre of music to listen to?

I love jazz more than anything.  Any type of jazz.  Any time I hear any sort of jazz I just want to play it on repeat.

What’s your favourite genre of music to perform?

Hip Hop – more hyped hip hop songs.  I like making slow, melodic songs, but on stage they don’t get the reaction that the hip hop songs get.

Is there a particular artist(s) that you would like to collaborate with?

How did you come across Joy Ruckus Club?

I was approached by another performer who had heard my music to join in.  This will be my first time performing as part of the Joy Ruckus Club.

Why do you think an event like Joy Ruckus Club is so important?

I think that Joy Ruckus Club is highlighting a lot of singers, rappers, DJs who are starting in music or music is their passion.  This event gives them a voice and a platform to showcase their talent.  There’s not many Asians doing music in New Zealand, the Joy Ruckus Club gives a lot of small artists an opportunity to be seen and heard as well.

Thanks Lucidic for taking the time to talk to us about your journey with music and all the exciting things that are happening for you.

Make sure you get your tickets to see Lucidic perform at the Joy Ruckus Club 4. Tickets are available from livexlive here.