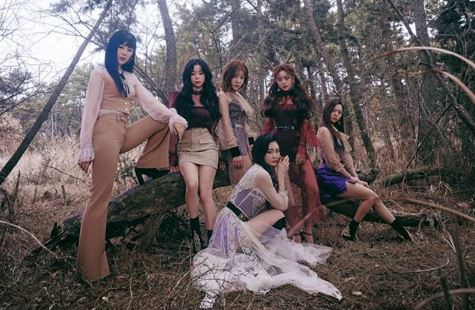 GeeGu prepares for their first comeback as a 6-membered group!

GeeGu, formerly known as Gate9, has undergone a line-up change up to only 6 members. It appears that they are preparing to make a hot return with their second single album, ‘Moonlight‘. Check out their latest teasers below!

From this comeback schedule, they have prepared three image teasers, which was revealed on April 21st to April 23rd. Following it is the highlight medley and the concept photo, set for April 24th and 25th. With this teaser, we also get a look at their tracklist. There is a total of five tracks including the title track, ‘Moonlight‘, its instrumental version, ‘Peep‘, ‘One Day‘ and its instrumental version.

Like they have scheduled, each member has dropped their individual teasers. Since these images are taken outside, it gives that refreshing feeling. They definitely fit well with this Spring-like atmosphere. The lighting comes in so naturally, bringing the best out of their images.

Meanwhile, the group is set to make their hot return on April 29th. Are you excited? Let us know in the comments below!

Tracey Luu
← Previous Story Eyedi announces her return with the comeback schedule!
Next Story → High School gives you a preview of ‘Baby You’re Mine’ track