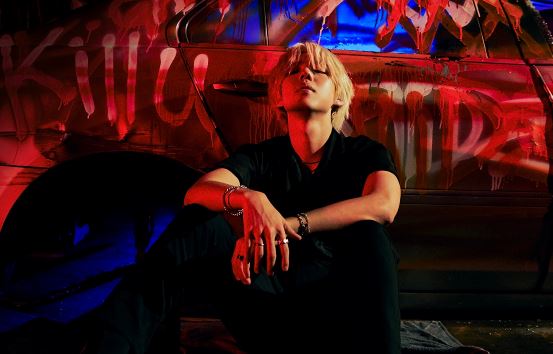 Gaho wants to take a ‘Ride’ in concept teasers

Gaho gets us ready for his upcoming return with ‘Ride‘. He has revealed the teasers. So, check it out below!

In his first image teaser, he goes black and white while sitting down. It appears that he is in deep thought. With this type of image teaser, it may be hinting at an emotional song.

He has dropped his first concept trailer. We get to hear a bit of the track. It has quite a fun beat that one could groove along to. The video itself features him bending down before he looks up with an emotional facial expression.

His second concept trailer contains the same section of the song played. The video itself features him giving us charismatic looks while posing with what appears to be a motorbike. He definitely has worn the right outfit to go with this kind of intense concept.

In his next concept trailer, we see him wearing a black outfit while posing at night. The red lighting helps increase that bad boy vibe as he stares off to the side. It is quite an intense look that goes well with him.

Tying up to his third concept trailer, in his second image teaser, he is seen wearing the same outfit with similar lighting. He is seen sitting down while lying on a car that has graffiti on it. The car has additional blue lighting that contrasts nicely with the red lighting. It helps enhance this bad boy vibe.

In his first MV teaser, we hear this uplifting vibe that goes well with his vocals. Then, we get that rock element that surely leaves us banging along to the song. This definitely gives us that same vibes as to when he covers artists’ tracks. It is nice to see that he will be going for that sound for his upcoming song.

Meanwhile, he is set to return on August 12th. What do you think of his teasers so far? Let us know in the comments below!