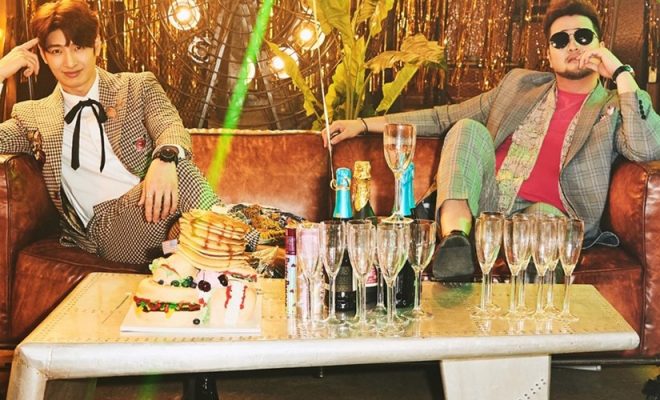 g.o.d is set to debut their first ever subunit!

Yes, that is right! g.o.d is set to debut their first ever subunit ahead of their 20th anniversary. Who is part of this subunit? Check down below to find out!

The duo will be debuting under the name HoooW. It will contain Son Ho Young and Kim Taewoo. They have a look at the concept. It has this tropical vibe with a mix of swap to it. It is the kind of mood one wants to be in for a party!

They have also revealed the album packaging details. This single album will come in an Air Kit. This means that there is no physical CD. Each package will come with the kit, 30 photocards, 3 postcards and 3 random polaroid card.

They have also released their individual teasers. They definitely are ready for a party as they pose with such elegance. They are definitely getting us excited for the kind of track they will be releasing!

Meanwhile, the duo is set o make their hot debut on August 16th with ‘Let’s Stop Being Friends Now‘. They will also be having their first concert as a duo from August 23rd to 25th. Are you excited? Let us know in the comments below!