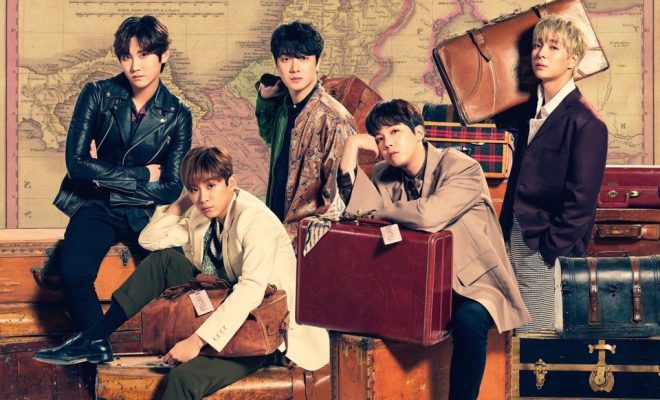 FTISLAND will be ‘Everlasting’ in final comeback before enlistment

FTISLAND are doing what they do best before their enlistment and releasing a new Japanese album ‘Everlasting‘ and title track ‘God Bless You‘.

The album to be released on March 27, will be their ninth Japanese album and will feature a total of ten (10) tracks including the title track ‘God Bless You‘, last year’s hit ‘Pretty Girl’ and ‘Remember‘.

The title track from the album ‘God Bless You‘ was composed by the group’s leader Choi Jonghoon with all members contributing to the lyrics. It has been reported that the lyrics contain a message that they will be reunited with fans.

The song – even in the small snippet we’ve heard – is FTISLAND at their best, rocking out to driving guitars, thumping bass and smashing drums. Regular readers will already know my thoughts on Hongki‘s voice, so I can’t wait for this release.

The clip shows the members lazing around at home with their luggage strewn around the room, before they bust out and start playing the track, then, they jump through a ‘wormhole’ that opens up in the floor.

Each of the teaser clips has a comedic element which we would completely expect from FTISLAND.

Following the release the group will undertake their ‘Five Treasures‘ tour in Japan throughout April.

What do you think of the teasers for FTISLAND‘s upcoming release ‘God Bless You‘? Are you looking forward to the release of ‘Everlasting‘? Let us know your thoughts in the comments below.