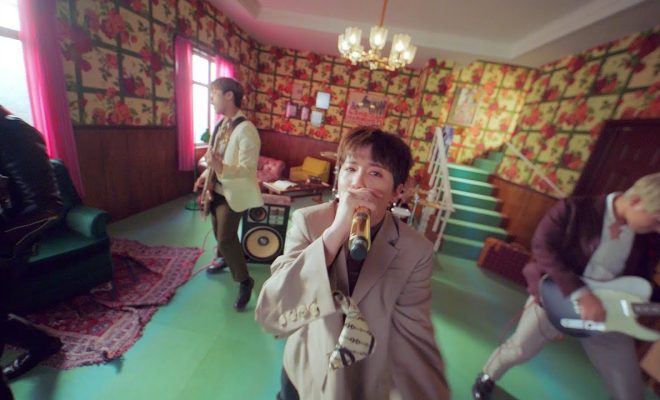 FTISLAND wants to ‘God Bless You’ in latest Japanese release

FTISLAND have released the title track ‘God Bless You’ from their upcoming Japanese album ‘Everlasting’.

As our regular readers will know, I have a ‘thing’ for Hongki‘s voice, especially when he’s belting out a solid rock song, so, you’ll have to excuse me if the review that follows is biased.

The title track from the album, ‘God Bless You‘ was composed by the group’s leader Choi Jonghoon with all members contributing to the lyrics. The lyrics for the song contain a message that they will be reunited with fans and that we should all live our best lives.

The song (as promised in the teaser), delivers FTISLAND at their best, rocking out to driving guitars, thumping bass and smashing drums. It’s a song that is reminiscent of one of their early releases ‘Flower Rock’.

Personally, this is my favourite genre for the group. Rocking hard, fast and loud. The vocals on the track are shared between Hongki, Jaejin and Jonghoon, and each brings their own flavour to the track which as always with FTISLAND melds and molds together to form a tight-knit cohesive track.

The clip itself is quirky and cute. As we saw in the teaser, the group are laying around at home relaxing, when the drums kick in and it turns into a performance video before they all jump into a black hole and end up in their own destinations. Which could just be a commentary about living your life on your own terms, but always being safe in the knowledge that you can reunite with those you care about.

Since the song was released a few days ago, we’ve seen a continuation of the individual teaser clips. Each of the new clips is an extended version of the short clips that were released previously.

FTISLAND‘s ninth Japanese album ‘Everlasting‘ is scheduled for release on March 27. The album will feature a total of ten (10) tracks including the title track ‘God Bless You‘, last year’s hit ‘Pretty Girl’ and ‘Remember‘.

Following the release the group will undertake their ‘Five Treasures‘ tour in Japan throughout April.

What do you think of FTISLAND‘s ‘God Bless You‘? Are you looking forward to the release of ‘Everlasting‘? Let us know your thoughts in the comments below.