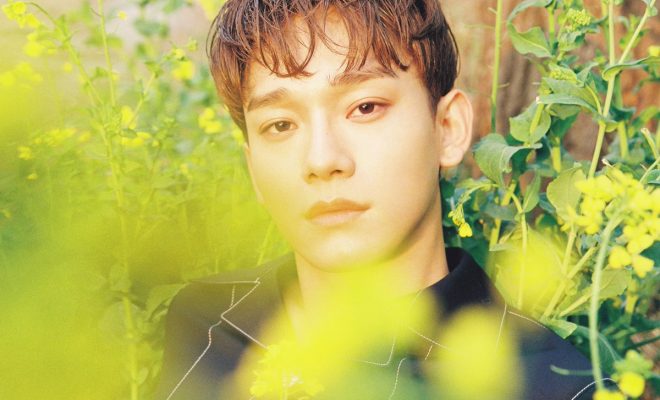 EXO’s Chen reveals the highlight medley for ‘April, and a flower’

EXO‘s Chen gets ready for his upcoming solo debut. He continues to release many great teasers, including two highlight medley. So, check it out below!

He has revealed more individual teasers. In the third set of teasers, he is seen embracing what nature has given him. The way the wind blows through his hair and outfits gives it that refreshing and cool vibe to the image. Even with the way his hair is purposely made wet goes nicely with the ocean scenery. It definitely is a look that works well with him.

Going with that sentimental vibe, he is once again seen near a beautiful ocean landscape. He appears to be looking at all kind of directions to give us a look at him at any angle. He knows the right look to give the camera to have you feeling special and touched.

His latest teasers has him embracing what Autumn has given him. His unique outfit goes well with the brown Autumn leaves in the background. He gives such a perfect look, giving us an idea as to the kind of concept his track will be like!

He has also started revealing audio teasers in which he had named it highlight medley. This audio teaser is of the track, ‘Beautiful Goodbye‘ where the piano is performed by Jehwi.

The second track revealed is called ‘Sorry not Sorry‘. Once again, the piano melody is played by Jehwi. The track itself is the kind of song that brings out the best in his vocals. You can’t help but be captured by the amount of emotions he has put into singing this song.

Meanwhile, he will make his hot debut on April 1st. Is there a song that you like so far? Let us know in the comments below!