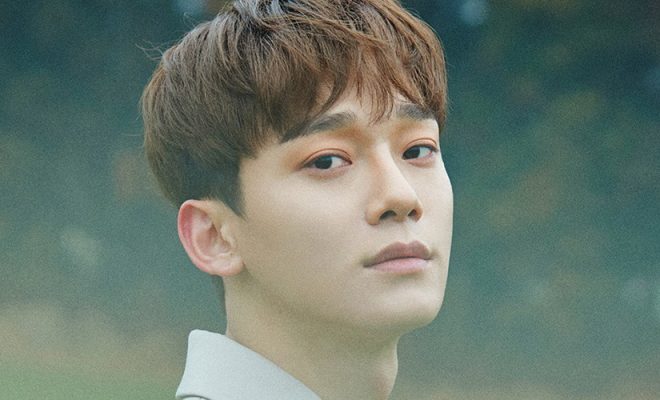 EXO’s Chen gets you excited with his comeback schedule

Yes, that is right! EXO‘s Chen is preparing to make his hot return in October. He has begun teasing for it with the comeback schedule. So, check it out below!

Ahead of his return, he has also dropped the tracklist. This will contain a total of six tracks including ‘Shall We?‘, ‘My Dear‘, ‘Amaranth‘, ‘Hold You Tight‘, ‘You Never Know‘ and ‘Good Night‘.

Meanwhile, he will make his hot return with his second album, ‘Dear My Dear‘ on October 3rd. He will have a VLive on the day and have his fan event the day after. Are you excited for his return? Let us know in the comments below!

Tracey Luu
← Previous Story SOYA gets you excited for her return with latest teaser
Next Story → Argon is ready to ‘Go Forward’ with their comeback schedule!