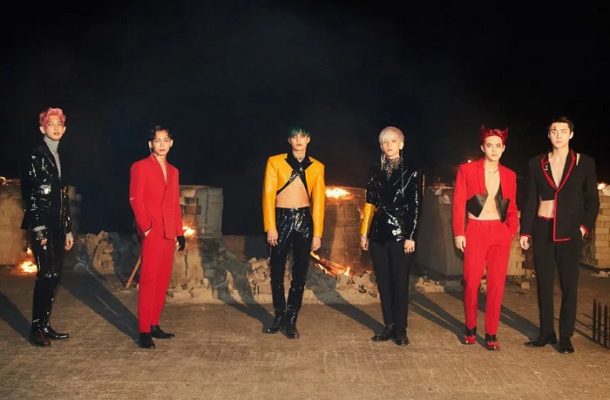 EXO have us all obsessed with ‘Obsession’

EXO have made their return with the release of their sixth album ‘Obsession‘ and the title track of the same name.

This is the group’s first release as six members with Xiumin and D.O currently undertaking their military duties and Lay working on solo projects. It’s also their first release in almost a year, and we have missed them!

To make up the numbers, the remaining members introduce us to their X-EXO clones, their evil, but can we say decidedly sexy alter-egos (HELLO bad Kai and Suho!)

This is a dramatic and welcome change in style for the group. Dropping a hard-hitting hip-hop track after the vocal laden ‘Tempo‘ and the oh-so-sexy ‘Love Shot‘ is genius. ‘Obsession‘ hits you in the face with the sampled, squelched voice repeating ‘I want you‘ which underpins the majority of the song, you almost become immune to the repetitiveness of the phrase, so much so that it becomes almost hypnotic.

This track will make you dizzy with the change-up in members’ vocals. we spend part of the track listening to the digital distortion of their vocal and the rest of the track is spent emphasising the beauty of each individual’s vocal style. It’s a song that matches the duality of the concept perfectly.

To match the duality of the song itself, the music video for ‘Obsession’ features the members of EXO fighting for survival against their alter-egos, X-EXO. Throughout the video, they face off, performing the highly stylised and complex choreography in a battle for dominance.

What did you think of ‘Obsession‘? Do you love the duality of the imagery, or, do you have a preference for EXO over X-EXO? Let us know your thoughts in the comments below.

Narelle
← Previous Story GOT7’s Jackson releases the live MV of ‘On The Rocks’
Next Story → The countdown to Jay Park in Australia and New Zealand is ON!