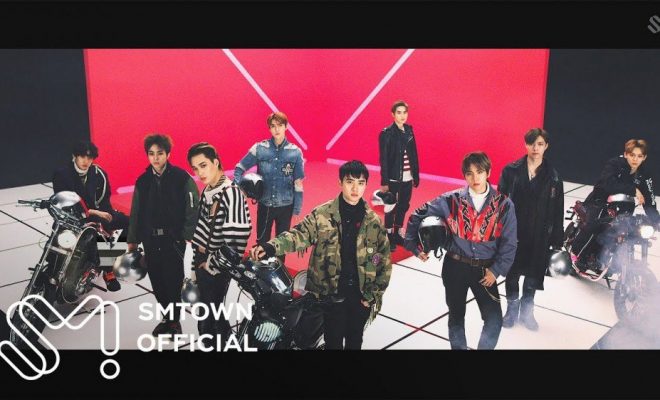 EXO are all about ‘Tempo’ in their comeback track

EXO launched themselves back onto the music scene just days ago with the release of their fifth album ‘Don’t Mess Up My Tempo’ and the title track ‘Tempo’.

It seems like we’ve been waiting for this comeback forever, with solo projects, sub-units and acting roles taking up much of the time since the release of ‘The War’ and ‘The War: The Power of Music’ in 2017.

EXO never fails to disappoint musically, and their back catalogue is as diverse as you would expect from one of K-pop’s power house groups.  ‘Don’t Mess Up My Tempo’ and more importantly for this review the title track ‘Tempo’ adds another impressive track to that amazing back catalogue.

‘Tempo’ is a song that blends genres and techniques, with each subsequent listen you discover another layer to be mesmerised by.

With a base of wavy synths running through the entirety of the track, ‘Tempo‘ has it all going on with influences from funk, disco, R&B, trap and even a subtle touch of flamenco guitar right before the main bridge.  You’d think that with all that going on the song would be one hot mess – well it is hot, but it’s most definitely not a mess!

It gives us a fluid and vibrant soundscape that is full of contradictions.  It simultaneously emphasizes EXO’s powerful vocals through graceful harmonizing and a rhythmic hook, while also distorting them intensely with heavy-handed Auto-Tune bridges.  The group’s vocal line led by Baekhyun, D.O. and Chen provide stunningly intricate harmonies and background adlibs in the song’s acapella bridge,  while rappers Chanyeol and Sehun make the most of their smooth and relaxed rap style.

The music video plays true to the concept teasers that we saw with the biker image used throughout, however, we also get another highly visual and choreographically intense clip to go with it.  At this point, I feel it’s my duty to point out there’s a reason why Kai is the visual of EXO – who else could wear a crop top and leather pants like that!

What do you think of ‘Tempo‘?  Was it everything you had hoped for from an EXO comeback? Let us know what you think in the comments below.

All Access Asia will keep you up to date with the latest in Asian entertainment news.