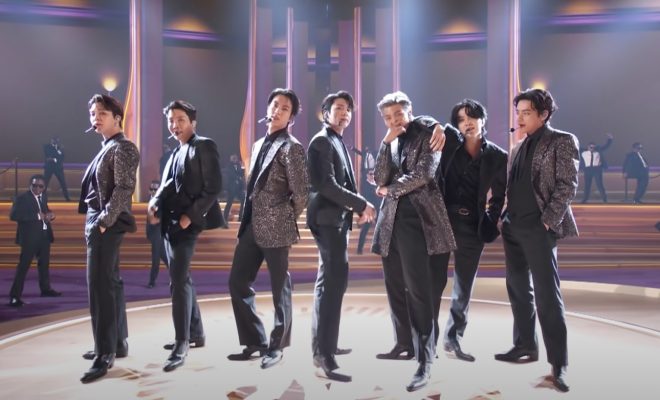 Everything we need to know about the BTS 2022 release ‘Proof’

In some of the best news we’ve heard recently, it has been confirmed that BTS will be releasing ‘Proof‘ on June 10 2022. ‘Proof‘ will be a collection of tracks from their extensive discography, as well as brand new music, members’ selections, unreleased demos and more.

In order to contain all of the greatness that will be ‘Proof’, the release will be spread over three discs. It will celebrate the group’s past, present and future through a carefully selected track listing. If you ever wanted to hear demo versions of ‘I Need U‘ and ‘DNA‘, plus an a cappella version of ‘Still With You‘ from Jungkook – then this is one release you must have.

In Jimin’s ‘Proof of Inspiration’ teaser, he explains his reasons for choosing the songs ‘Filter’ and ‘Friends’ to be included on their upcoming anthology album ‘Proof‘.

In Jin’s ‘Proof of Inspiration’ teaser, he explains why he chose the tracks ‘Moon’ and ‘Jamais Vu’ to be included in their upcoming anthology album ‘Proof‘.

The first ‘Proof of Inspiration’ clip starred V. He talks about himself as an artist and why he chose to add ‘Singularity’ and ‘Zero O’Clock’ to their upcoming anthology album ‘Proof‘.

Of the three discs, the third will only be available on CD. It is said to be ‘dedicated to the fans’, and will feature unreleased tracks and demo versions that all ARMY will love. It will also contain a new song ‘For Youth‘ – which will be released digitally as well.

The second disc will contain 15 solo and sub-unit tracks, including the new track ‘Run BTS‘, (which coincidently is the title of the BTS variety show) and highlights each BTS member’s distinct tastes and personality.

The first disc kicks off with a remastered version of ‘Born Singer‘, from way back in 2013, which Big Hit has described as ‘BTS’ candid emotions they felt after one month of their debut‘. The last track on the disc is the title track ‘Yet To Come (The Most Beautiful Moment)‘.

The hype was kicked off with the release of a trailer, which is a walk through what has been and what is to come!

Are you excited about the upcoming release of BTS’ ‘Proof‘? What remastered track are you most looking forward to hearing? Let us know your thoughts in the comments below.

Narelle
← Previous Story ASTRO are as sweet as a ‘Candy Sugar Pop’ in new MV
Next Story → AB6IX is your ‘Savior’!