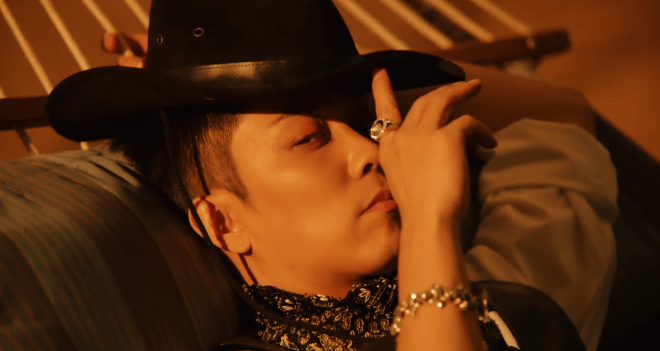 Eun Jiwon is a man on fire with his solo release

Eun Jiwon has made his long-awaited solo comeback with the album ‘G1‘ and the title track ‘I’m On Fire’.

‘I’m On Fire‘ was written by WINNER‘s Song Mino and Future Bounce with lyrics by Eun Jiwon and Song Mino. The song also features vocals by Blue.D. In a bonus for us all, Song Mino also appears in the music video.

This is Eun Jiwon‘s first solo release since 2009, and this is a great way to make a comeback!

The song has a pounding relentless yet vibrant beat that will work itself into your brain and have you bouncing along in no time. It’s this beat that allows Jiwon‘s rap to sit in the midst of the track so perfectly. The addition of Blue.D‘s ethereal vocal is a stroke of genius that lightens the track and adds another dimension to it. (If I’m completely honest, I would have loved to hear more of her vocal intertwined through the track.)

‘I’m On Fire‘ is the title track off Eun Jiwon‘s new album ‘G1‘, which is available now.

What do you think of ‘I’m On Fire‘ from Eun Jiwon? Let us know your thoughts in the comments below.

Narelle
← Previous Story New music from Kang Daniel is on the way!
Next Story → Sulli makes her hot solo debut with ‘Goblin’