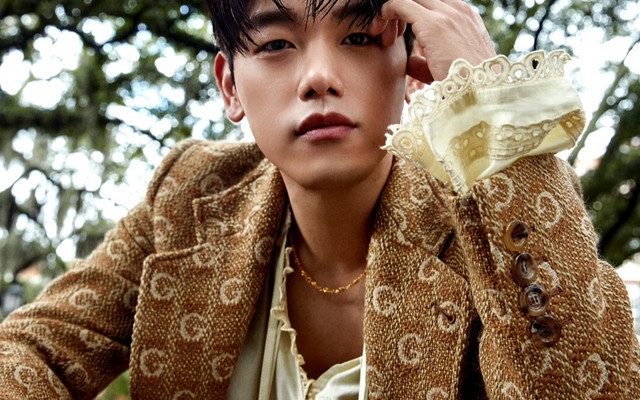 Eric Nam made his long awaited return recently with the release of ‘I Don’t Know You Anymore‘ his first song as an independent artists, and hot on the heels of the release came the announcement of his 2022 headline tour ‘There and Back Again World Tour 2022‘.

After weeks of teasing us with the promise of a new sound and a new look, Eric completely delivered with this track. The song was co-written by Nam with Danny Silberstein, Grant Averill and Jason Yik Nam Wu.

As promised, ‘I Don’t Know You Anymore‘ sees Eric gifting us a new sound as promised, one that comes with his usual melodic and soothing vocals, but there’s something fresh and vibrant that makes this song one of our favourite releases this year.

The song’s lyrics have a message to anyone who is coming out the other side of an unhappy relationship. Surround yourself with people who make you feel good, remove the toxic people and their toxic attitudes from your life and life will be so much better. ‘I Don’t Know You Anymore’ is more about healing than vengeance, even with the knowledge of the negative feelings that existed.

The R&B based track has Eric performing to the beats of a synth-percussion ensemble. It’s a refreshing sound that complements his breathy vocals, living up to the his promise of delivering a ‘new sound.’ The accompanying MV follows Eric around a city from riding in a cable car to sitting in a diner and then performing in a supper club.

Then just yesterday, Eric Nam released the acoustic live version of the song. It’s just a whole other level and the focus is completely on his vocal.

Kicking off on January 24th in Phoenix, Arizona, the tour will see Eric performing in over 30 North American cities — including Los Angeles, Chicago, New York, and Atlanta — before moving onto Europe and the UK from March 2022. And, we here in Australia, remain hopeful that Eric will make this a REAL world tour and include dates for Australia and New Zealand.

Ahead of the 2022 (almost) world tour, Eric shared, “I am so incredibly stoked to get back on the road and to do what I love the most, which is to perform on stage and to meet with my fans. For the first time, I’ll be joined by a live band, reunited with my incredible dancers / crew, and playing a brand new album. I can’t wait to see you all and put on an unforgettable tour.”

For more information or to purchase tickets head to Eric Nam‘s website here.

What did you think of Eric Nam‘s ‘I Don’t Know You Anymore’? Did you like the song and the MV? What about the acoustic version? Have you got your tickets to see him on tour in 2022 yet? Let us know your thoughts in the comments below.