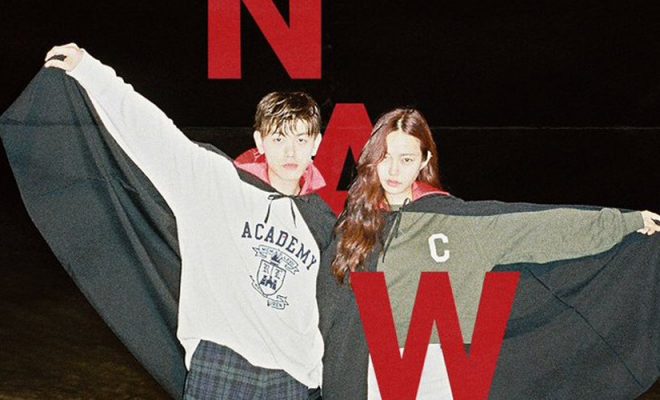 Eric Nam is going to ‘Runaway’ with his comeback

Eric Nam is getting ready to launch his comeback track ‘Runaway‘, and the concept couldn’t be any cuter!

‘Runaway‘ is scheduled for release on May 8 and will mark his first comeback in seven months.

The teasers released to date have been fun and playful, setting the tone for the comeback. The images so far have been a mix of colour and black and white and they have all featured the same ‘Runaway‘ theme.

We still don’t really know what the song is going to sound like, although we get a sense of the relaxed and laid-back vibe from the acoustic guitar that accompanies the teaser clip.

The latest teaser to be released was a short teaser clip of Eric running along the beach – well we say running, it’s more like giant striding! Eric himself commented playfully, “This is how I normally run”.

The teaser images were a mix of cute playfulness and sweet silliness that started off with the set with the caption “Runaway with Eric Nam”, then the second caption was “Let’s Runaway”, and then the third caption had the message “Watch me Runaway”.

Meanwhile, Eric Nam‘s world concert tour began in March with stops in Thailand, Australia and Japan. In June, he will be continuing the tour throughout Europe. Make sure you get your tickets before they sell out!

Eric Nam‘s new song and the music video are scheduled for release on May 8.

Are you excited to hear ‘Runaway’ from Eric Nam? Have you been lucky enough to see him on this tour yet? Let us know in the comments below.

Narelle
← Previous Story Produce X 101 new rules explained!
Next Story → WayV are going to ‘Take Off’ with their comeback