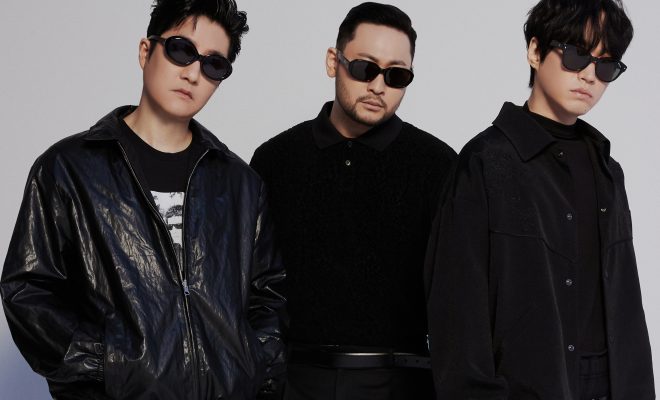 Epik High will soon be making their long-awaited return to Australia and we can’t wait.

Tickets for EPIK HIGH is Here: Asia Pacific Tour 2022 are on sale now – have you got yours yet?

They’ll be performing at The Forum in Melbourne on Monday, 11 July 2022 and at the Enmore Theatre in Sydney on Tuesday, 12 July 2022. (The ticket links are below.)

We know they have a huge back catalogue of amazing music to draw from, but we have some suggestions for the set-list that we’d love to hear!

When Epik High made their return with ‘Rosario‘ – our collective jaws hit the ground! They released a Latin-tinged hip-hop collaboration track with C.L. and Zico it was just further evidence that Epik High are musical geniuses that have a way of weaving their sound into a range of genres and styles.

‘Rosario’ was the first single from ‘Epik High Is Here (Part 1)‘, and is a song that is both sweet and aggressive at the same time. The song starts with a flamenco-style guitar and a soft intro by C.L, before Tablo changes things up with a piercing verse over a pounding beat. Zico then showcases his trademark flow on a fast-paced rap verse addressing the success he’s had despite some criticism.

Epik High have always had a knack for calling out their haters in the most perfect way ever – ‘Born Hater‘ and ‘No Thanxxx‘ are superb examples. In keeping with that spirit, is ‘Face ID‘, with its opening dirty synths and the blood-curdling screech. The song is a celebration of people unlocking their ‘faces’ after two years of being faceless behind masks and lockdowns, the trio revealed in a statement. The track also takes aim at another pandemic – the online trolls who hide behind the safety of their keyboards and screens.

“It is [also] a big ‘F you’ to those who attack others under the mask of anonymity, to the cowards who are only brave because they’ll never be face-to-face with their victims“, the trio commented.

Epik High ‘Home is Far Away’

‘Home is Far Away‘ marked the group’s return after a three-year hiatus. The song talks about chasing dreams but never quite obtaining them. The cinematography for this clip puts many movies to shame and fits the yearning atmosphere surrounding the song. All of the components of this song meld and weave so beautifully together; the quiet piano playing a simple repeated melody, the snare drum beats, the strings that swell and fade out throughout the song; they all layer and mesh to create a beautiful and evocative song.

‘Don’t Hate Me‘ was released in 2012, and as a comeback for Epik High it was significant as it was a different sound and look for the group. Their usually sentimental and thoughtful songs was replaced by a track that was deliberately aimed at a more mainstream audience. It was light-hearted, but with an important message that pointed the finger at the groups anti-fans. The clip at first viewing was fun and hilarious with lots of ‘mini-me’s’ running rampant (check out the miniature G-Dragon), but on subsequent viewing it contained another message to their anti-fans!

‘Lovedrunk‘ is a track that stays true to Epik High‘s more traditional style. It is an emotive, moody and sweeping song, that is impeccably crafted. The song opens with a stunningly beautiful melody and has a hook that is sublime in its ethereal feeling. The ethereal nature of the song is given added weight with the addition of vocals from Crush, who sounds as amazing as always. The hip-hop components of the song are of course strong and well-rounded (that goes without saying), and meld flawlessly into the body of the song.

Tickets to Epik High’s Australian shows are on sale now.

Head to www.epikhigh.com for more information.

Are you looking forward to seeing Epik High back in Australia? Did you see them last time they were here? Let us know in the comments below.

Stay up to date with the latest in Asian Entertainment with All Access Asia.

Narelle
← Previous Story EPIK HIGH are about to be Here in Australia
Next Story → Epik High are the Kings of collaboration and we can’t wait to hear these songs live!