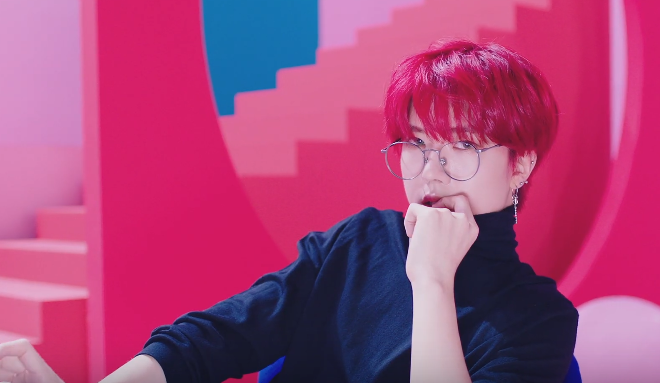 ENOi continues to drop their ‘Red In The Apple’ teasers

ENOi continues to reveal each member’s individual teasers for ‘Red In The Apple‘. Check it out below!

Hamin is next up with his teasers. He looks amazing in this soft setting while wearing a comfy bomb jacket. A total different concept is also shown as he goes for a more mature look. It is a total contrast. His MV teaser features him as a cute pirate as he admires the red apple.

Like Hamin, Avin has two image teasers which has contrasting looks. He definitely is someone who can pull off both concepts well. His MV teaser features him stuck inside a shed with apples on the ground. He is also seen wearing a crown that looks good on him.

Jinwoo goes for a chill look while staring down the camera. He knows that these concepts are quite fitting for him. In his MV teaser, it appears that he is Robin Hood with his bow and arrow. He spots a big red apple before sitting on it.

J-Kid is next with his teasers. He looks amazing with red hair while wearing a red suit. He surely captures your attention with his pose and stare. In his MV teaser, he is seen sitting by the desk looking either quite bored or clueless. However, it is definitely a look that fits him well.

Gun is next, looking quite handsome with grey hair. The camera definitely captured him nicely, bringing out his boyish charms.

Meanwhile, the group will drop their first mini album on January 12th. Are you enjoying the concept? Let us know in the comments below!