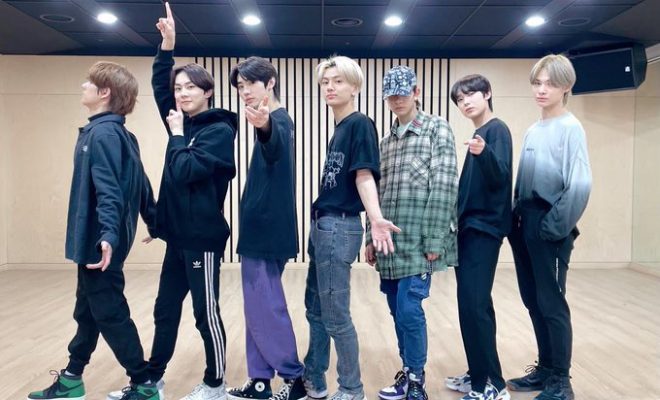 Enhypen gets you hyped with ‘Border: Carnival’ comeback schedule

Yes, that is right! Enhypen is finally teasing for their first comeback. They will be returning with ‘Border: Carnival‘. To get fans ready for their release, they have revealed the comeback schedule. Check it out below!

Ahead of the comeback schedule release, they have dropped an invitation film teaser. From this video, we see an envelope open up to a child walking closer to what appears to be a carnival castle. The music itself has this eerie vibe even though they appear to be singing gently to the music. Then, we get hit with this unexpected rock vibe that would leave us feeling that punk sound. With that, it surely leaves us excited for what’s to come!

From the comeback schedule, they will reveal their concept teasers from April 6th to April 13th. The tracklist and album preview is scheduled for April 16th and 19th. Finally, the MV teasers will be released on April 22nd and 24th.

For their first image teaser, we get this creepy vibe where the image features a skull with strings bundled up together. We see one of the members holding one section of the string while keeping the skull close to him. The red lighting helps enhance this eerie look they are going for. We are definitely excited to see where this goes!

As scheduled, they have revealed their individual concept film, their individual teasers, their unit teasers and their group teasers. In their film teaser, we hear this prominent electric guitar with heavy drums, giving us that nostalgic rock sound. It is almost like they are embracing their punk side. The concept film teasers feature prominent use of the colour red with a very trippy filming technique. It goes well with the vibe of the song as the members showcase a dark side to them.

For their image teasers, we get a total of two images for each member. The first image features them in a suit while looking quite charismatic. They have added this beautiful light lighting to their image that brings out the best in their beauty. The other image teaser has this yellow effect that gives it that nostalgic vibe. We also see them in a more casual look as the members are seen posing with different foods. Their group teasers also follow the same trend as the two image teasers. Finally, in the unit teasers, it is a mix of the two concepts. We get this between light lighting effect while posing in a more casual setting. It is quite a beautiful mix, and we can’t wait to see where the concept goes.

Meanwhile, they will make their hot return on April 26th. Are you enjoying the concept so far? Let us know in the comments below!