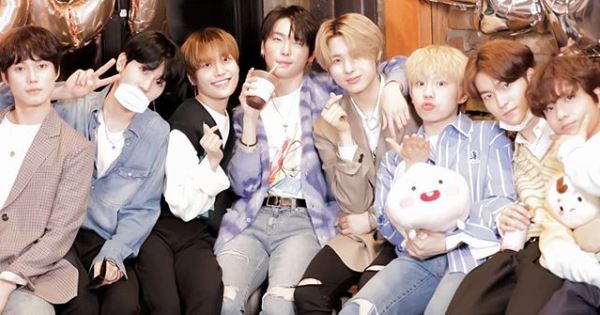 E’Last stares you down in ‘Day Dream’ teasers

Yes, that is right! E’Last is finally getting ready to make their hot debut! For those who don’t know, the group is an eight-member group that contains two familiar faces: Produce x 101‘s Won Hyuk and Lee Wonjun. They have dropped the debut schedule, as well as the debut teasers. Check it out below!

From the debut schedule, they will drop their tracklist on May 28th and their concept teasers on May 30th. The MV teaser and lyric teasers will be revealed on June 2nd and 3rd.

In their first concept teaser for each member, they have gone for that natural look that goes well with each member. The members are either submerged in water while still looking flawless while the members are seen surrounded by beautiful purple flowers. It is definitely a concept to do for their debut! The members who are submerged in water are found with the following words: “How Are You?” while the ones who have surrounded with flowers are found with the following words: “See You Again“.

Next up is their unit teasers. From these teasers, it reveals that they will be debuting with their first mini album, ‘Day Dream‘. For this concept, we see them all pair up while being submerged in water. They look incredibly cute while staring at the camera. They are also seen with flowers, giving it that colourful yet refreshing look.

The tracklist has also been dropped. There is a total of five tracks including the intro track, ‘Swear‘, ‘Sunrise‘, ‘My Flower‘ and ‘Light‘.

The next concept teaser features the beautiful purple flowers where they once again are paired up. With this concept, we get to see a more charismatic side of them. They definitely know how to charm their fans with such captivating images.

As scheduled, they have also dropped the MV teaser. It is for the title track called ‘Swear‘. From the video, we get to hear this intense yet majestic sound. It gives it this powerful look as the members are seen wandering around. It definitely builds up hype for what’s to come!

They have also revealed the full lyrics for this song. Through the lyrics, it gives fans a feel for the kind of song they will be releasing.

They have also revealed the second MV teaser. This shows the beauty of the song as they give us a glimpse at the dance choreography and overall concept. It definitely leaves us quite intrigued on the final product.

Meanwhile, they are set to make their hot debut on June 9th. Are you excited? Let us know in the comments below!