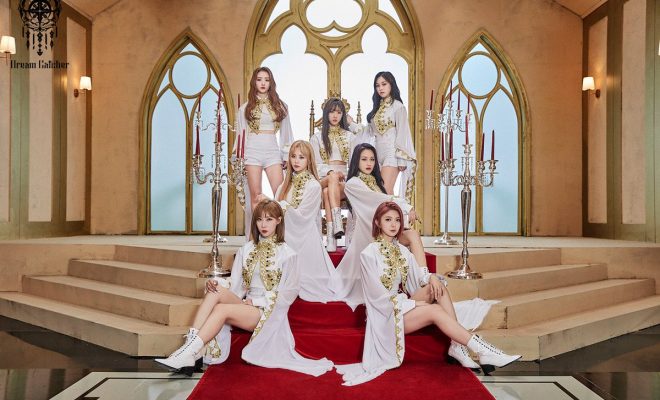 Dreamcatcher looks majestic together in ‘Raid Of Dream’ teaser

Dreamcatcher has dropped the latest teasers for ‘Raid Of Dream‘. Check it out below!

The members are seen wearing that white and gold majestic outfits while sitting by the throne. The red and overall palace scenery goes so well with this concept they are going for. They definitely look like the queens who are about to dominate our world with their comeback! We can’t wait to see more of the teasers!

They have also dropped the album packaging details. The album comes with the air-kit, a post card, a title & credit card and 24 photo card.

Furthermore, they have also dropped the Japanese MV teaser for ‘Breaking Out‘. The track already sounds quite intense with no exact idea of where the song is heading. However, what we know is that there is a build-up for a drop that will be one of the most satisfying thing to listen to!

As a final surprise, it looks like the group will be collaborating with a mobile game! It definitely will be interesting to see how this game will turn out. It will be released on September 18th.

Meanwhile, the group will make their Korean return on September 18th with ‘Raid Of Dream‘. While they will be releasing their Japanese Al on September 11th. Are you excited for a month full of Dreamcatcher? Let us know in the comments below!