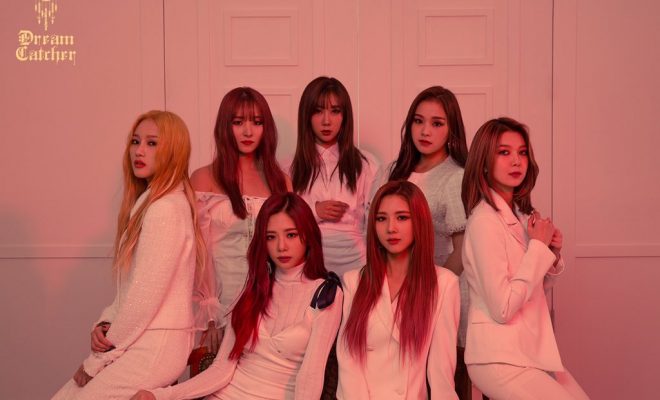 In comparison to their white group teaser, this image is much more darker in colour. However, the way the pose together really allows their charms to shine through. In particular, they really go well with this dark aura, where it allows them to look quite incredible. One can’t help but fall in love with their darker concepts.

They have also revealed the album packaging details and the tracklist. The album will come with the CD, a photo card, transparent version of the photo card and a poster. The album will have two versions and a total of six tracks including the title track, ‘PIRI‘ and its instrumental version, intro track, ‘Diamond‘ and ‘Daydream‘.

Meanwhile, Dreamcatcher will make their hot return on February 13th. Which concept did you like more? Let us know in the comments below!