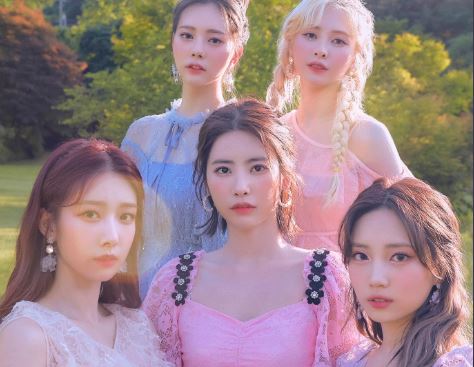 DIA ‘Hug You’ in MV teaser

Yes, that is right! DIA is finally making their hot return. However, they will be returning with five members since Chaeyeon and Somyi will not be participating in this upcoming return. Nevertheless, they have dropped the teasers for ‘Flower 4 Seasons‘. Check it out below!

They have dropped the comeback schedule. It is revealed that they will be releasing the tracklist on May 28th. The concept teasers will be dropped on May 29th, 30th June 3rd and 4th. The art film and special film will be revealed on June 1st and 5th. The highlight medley will be released on June 6th. Finally, they will end all teasers with the MV teasers, set for June 2nd and 8th.

This album will have a total of six tracks including ‘Daily‘, ‘Hug You‘, ‘To You‘, ‘Nobody Knows‘ and two instrumental tracks.

They have released their first concept teasers, which has them split up into units. The images have the members wearing pastel light colours that go well with the overall natural vibe. This definitely gives it that cutesy look.

Their second concept teaser is their individual teasers. This time, they go for a stunning look where some members are seen with gems on their faces. This look is quite elegant and goes well with the current season. To enhance this look, the members are also seen surrounded with flowers.

In the art film, we get this chill vibe that one would definitely listen to during the night. The lovely instruments really puts a smile on our faces, and we all fall deep into its melody. The video itself showcases behind the scene footage of how they took the images for their second concept.

The concept teaser embraces a more girl crush look as the members are seen dressed up in black and white outfits. This overall look definitely contrasts nicely with their previous concept. They surely know how to capture us with the overall look.

Finally, they have dropped the first MV teaser for the title track, ‘Hug U‘. In this MV teaser, we hear this summer sound that really lifts up the mood of the song. It definitely has us excited for how their vocals will sound on top of this fun beat.

Meanwhile, they will make their hot return on June 10th. Are you excited for their return? Let us know in the comments below!

Tracey Luu
← Previous Story WJSN brings you to ‘Neverland’ in image teasers
Next Story → F.ABLE gets ready to ‘Burn It Up’ in debut teasers