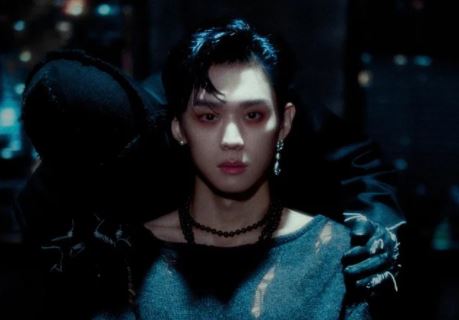 Demian to make his return with his 4th single

Demian is getting ready for his upcoming return with his 4th single, ‘A Blue Not Blue‘. Check out the teasers below!

In his second concept teaser, we see a better shot of him wearing the outfit in his first concept teaser. He is seen casually leaning against the wall while looking quite charismatic for the camera. He definitely knows how to capture us with his overall look.

For this third concept teaser, he is seen wearing a black outfit while staring right into our soul. It looks like he is standing on top of the building at night due to the city lights seen in the background. One of the images also features someone holding onto him, bringing forth this dark concept.

He has also revealed the tracklist. There is a total of two tracks including ‘Love%‘ featuring Dawn and ‘One More Night‘.

His new image teaser is his album cover art. Here he reveals the name of this album. Fitting to his album’s name, we see the deep blue colour as the stand out of this image. The overall background is dark blue, which contrasts well with his overall outfit. His hair colour is of a similar shade, giving us a feel for what’s to come.

Finally, he has also dropped the MV teaser for ‘Love%‘. From the video, we hear this sensual and groovy beat that fits in nicely with his vocals. One can’t help but get excited for this drop. We also can’t wait to hear Dawn’s voice on this track.

Meanwhile, he will make his hot return on March 3rd. Are your eady? Let us know in the comments below!