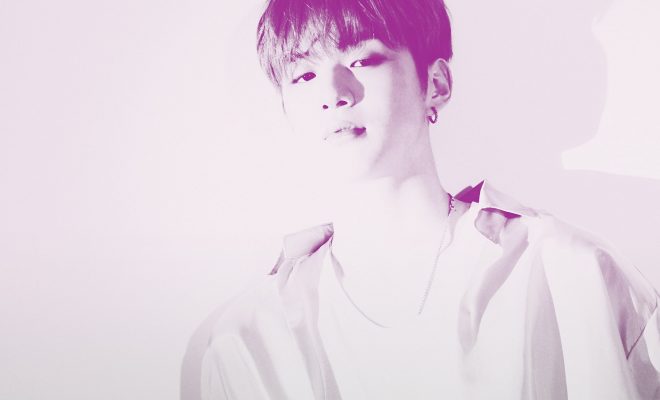 Daniel K has released lots of new details and teasers for his upcoming long-awaited and much anticipated solo debut.

Daniel’s debut solo mini-album ‘Color On Me‘ is scheduled for release on July 25.

Let’s take a look at all the teasers and get you up to speed.

The latest teaser images are in keeping with the concept of the album, and while the color image is playful and cute, the black and white image is a little pensive and moody.

Konnect Enterainment have also released a special behind the scenes clip of the making of ‘Color On Me‘. It has the same feel as the original teaser clip that was released, but we get to see a little of the choreography being prepared in this clip.

‘Color On Me’ behind the scenes

A full highlight medley for the mini-album ‘Color On Me‘ was released on YouTube which gave us a real feel for the album. The majority of songs have a smooth R&B flow to them, but each track is different and we even get to hear Daniel sing in English.

daniel.K ‘Color On Me’ highlight medley

Prior to the release of the highlight medley, Konnect Entertainment and Daniel K released individual track teasers via Daniel’s Instagram account.

‘Color On Me’ individual track teasers

The track list for ‘Color On Me‘ revealed that the mini-album will contain a total of five tracks, including; ‘Through The Night’, ‘Color’, ‘What Are You Up To’, ‘Horizon‘ and ‘I HOPE‘.

The first teaser clip that was released showed the talented performer getting ready for the release of his first solo mini-album.

The teaser images keep coming and the shots below continue the color theme.

Daniel K‘s solo debut with ‘Color On Me‘ is scheduled for release on July 25.