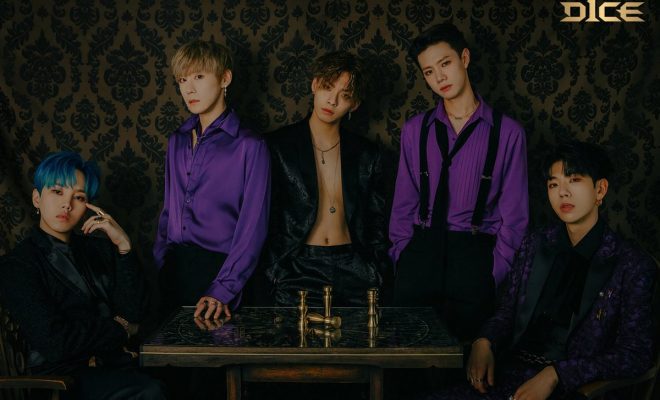 D1CE wants to ‘Wake Up: Roll The World’ in latest concept teasers

Having teased the fans with their profile teasers, D1CE is ready to step their feet into the K-POP world. They have revealed the debut schedule and the teasers to go with it. So, check it all out below!

In their ‘Black‘ teasers, we get to see the members all stylish and chic in black, purple and white. They know how to own the look and look gorgeous for their images. It is a side to them that we have yet to see in their previous profile teasers. It is quite a change and surely leaves one more excited than ever to see where all these concepts will head to.

For their ‘White‘ teasers, their images are more bright, even though most of their outfits are in shades of black. It is also quite nice to see the members wearing the colour red, which matches well with the bright lighting they have used. With this lighting, it allows us to read their facial expressions clearer but also admire their beauty.

This mini-album will have a total of six tracks including the title track, ‘Wake Up‘, ‘Intro: Roll The World‘, ‘Dot‘, ‘Surprising‘, ‘Hands Up‘ and ‘U R‘.

They have also revealed the album packaging details. There is a total of two versions. Each version comes with the photobook, the CD, three photo cards, a post card, a poster and a mini photo stand.

The lyrics spoiler video is also dropped. Through this video, we get to hear the beats of the title track, as well as the lyrics to the song. It gives us an idea of what they will be singing about, as well as have a feel for the kind of concept they will be debuting with!

They have also revealed the highlight medley. From what we hear so far, the intro song has that dark effect that works so well with their concepts so far. ‘Wake Up‘ has such a fast-paced melody before it drops, and we hear their strong vocals running on top of this intense beat. ‘Dot‘ is a more groovy song to listen to with a less intense melody line.

Meanwhile, the group is set to make their hot debut with ‘Wake Up: Roll The World‘ on August 1st. Are you excited? Let us know in the comments below!