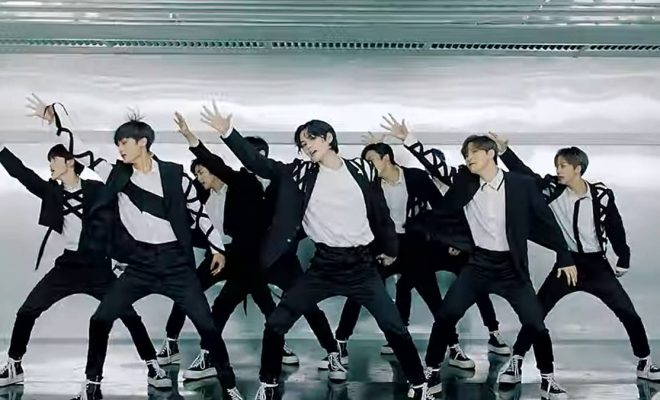 CRAVITY have made their comeback with ‘Season 2. Hideout: The New Day We Step Into‘ and the title track ‘Flame‘.

It’s been just four months since the group made their debut with ‘Hideout: Remember Who We Are‘ and the track ‘Break All The Rules‘, which was followed by the release of ‘Cloud 9′. With the release of ‘Flame‘, the group keeps the fire burning.

‘Flame’ starts out softly and gently with minimal instrumentation, we’re left mainly focused on the rhythmic taps and the vocals that soar in. Then the song builds. Almost like a fire taking hold, the song builds on the strength of the members’ vocals and the combination of beautiful harmonies and punchy rap.

What do you think of CRAVITY‘s ‘Flame‘? Do you like the the song and the MV? Let us know your thoughts in the comments below.