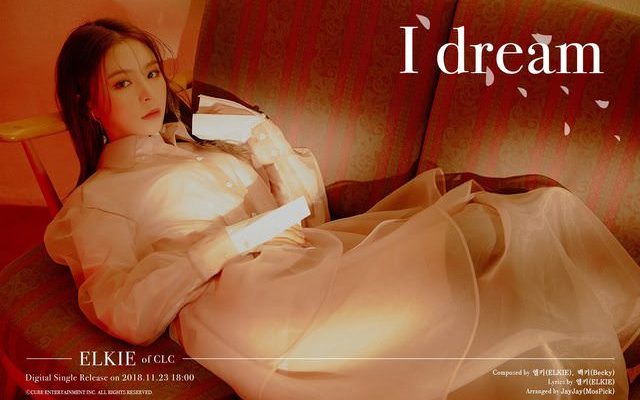 CLC‘s Elkie is a few hours away from making her solo debut. She has released the final set of image teasers, as well as the MV teaser. So, check it out below! 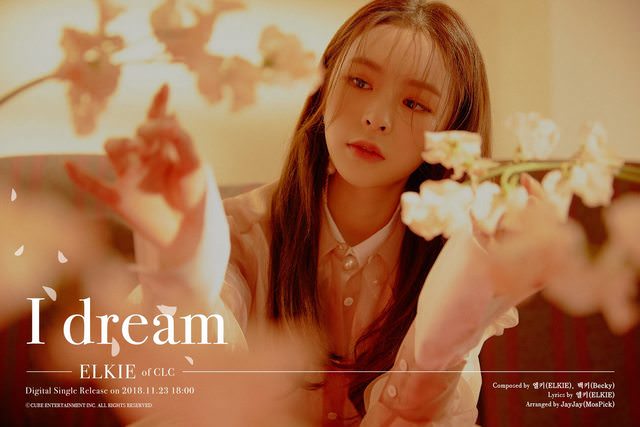 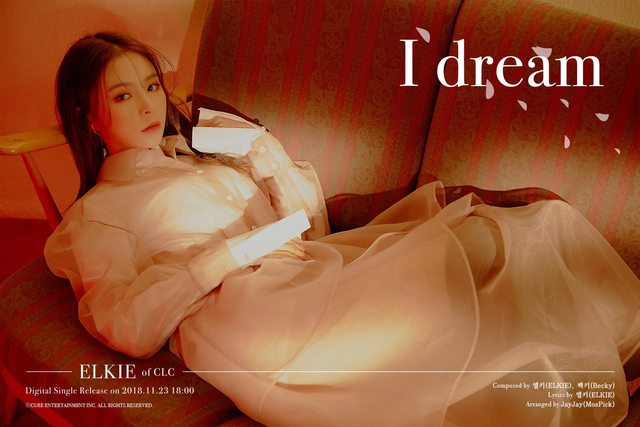 So, she has revealed two more image teasers which goes by the same theme of her first set of teasers. She is utterly beautiful in all of her images with the same colour scheme adopted. She has a look that captures fans’ heart, as well as leaving fans in awe. In these image teasers, it is also revealed that she helped composed and write lyrics to her track, ‘I Dream‘. It is also co-composed by Becky and arranged by JayJay. It definitely is interesting to see the kind of track she will make her debut with.

Not leaving fans in suspense, she has revealed the MV teaser. Through this video, we get to hear her high vocals that hits your ears. From what we hear so far, it appears to be a ballad track that goes well with her vocals. It is the perfect fit with the current season and the lovely piano really puts you in a good mood. The visuals of this video is just aesthetically pleasing to look at.

Meanwhile, Elkie will make her hot solo debut on November 23rd. What do you think of its vibes? Let us know in the comments below!