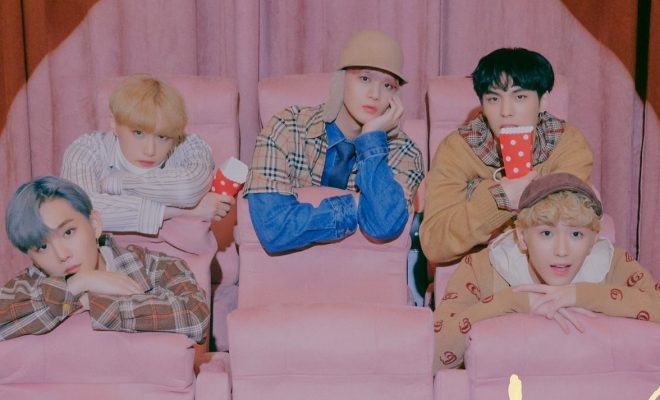 CIX have been so busy dropping all sorts of cute teasers in preparation for the release of ‘HELLO Chapter 0. Hello, Strange Dream‘, and the title track ‘Cinema‘.

This release which is currently scheduled for February 2, will mark the end of their ‘HELLO’ series which began back in 2019 when they debuted with ‘HELLO Chapter 1. Hello, Stranger‘.

The members have been releasing individual concept videos to give us a bit more of a feel for the title track – and the overall concept. We love them all, and think that their clips suit their personalities so well. The coolness of Bae Jin Young, the playfulness of Yonghee, the cute dorkiness of Hyunsuk, the delightful cheekiness of Seunghun and the unwavering charm of B.X.

The teaser clip for the title track ‘Cinema‘ was released and it appears as if we’re part of a filming set for a movie. The snippet of the track that we get to hear sounds very cool and has such a chill vibe to it – we’re looking forward to hearing the whole song.

The group had earlier released a full set of individual and one group teaser. They give off a relaxed and chill vibe which is perfect for the ‘Cinema‘. Each member shows off their individual charms through the pose they adopt in the cinema seating.

CIX will be releasing their latest mini-album ‘HELLO Chapter 0. Hello, Strange Dream‘, and the title track ‘Cinema‘ on February 2.

What do you think of CIX‘s concept for this comeback? Do you like the sound of ‘Cinema‘? Let us know your thoughts in the comments below.