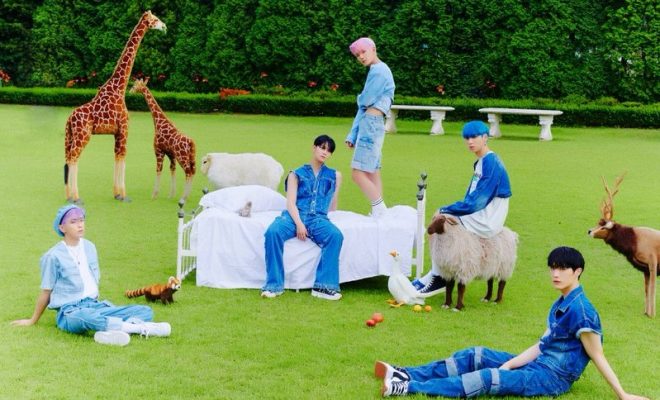 CIX are going to be ‘OK’ with this comeback

CIX have been dropping a whole bunch of cute teasers in the lead up to the release of their first full album ‘OK‘ on August 17.

This will be the group’s first full album with a number of mini-albums and singles having been released since they made their debut in 2019.

The have been releasing individual teaser clips of each member which are all tied together with a nautical theme, and they all end with the word ‘WAVE’, and we can hear them signing ‘WAVE‘. We’re going out on a limb here, but we think that the title track may just be called ‘WAVE‘.

The teaser images that CIX have released so far have the perfect summer vibe going on. They feature the members in a relaxed outdoor setting in cute sailor suits.

To announce the upcoming release the group released a colourful, mystical animated teaser clip that they labelled the ‘Be OK‘ prologue clip.

CIX are scheduled to release their first full album ‘OK‘ on August 17.

What do you think of the teasers for CIX‘s new album so far? Do you like this concept? Let us know what you think in the comments below?