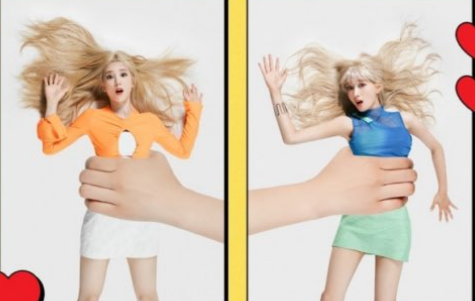 CHOBOM is a ‘Copy Cat’ in subunit teaser

CHOBOM is finally getting us prepared for their subunit debut. Check out the details below!

From the logo teaser, we get a fun logo that combines the letter C and B. It is written in a fancy way to give us a captivating logo.

From the first image teaser, they will releasing their first single album called ‘Copycat‘. The image teaser features them being grabbed. They look like barbie dolls with the way the image is captured.

From the promotion schedule, the tracklist will be revealed on June 26th. Their concept trailers are set from June 27th to July 6th. The highlight medley will be released on July 7th. Finally, the MV teasers will be dropped on July 8th and 10th.

Finally, they will make their official subunit debut on July 12th. Are you excited? Let us know in the comments below!