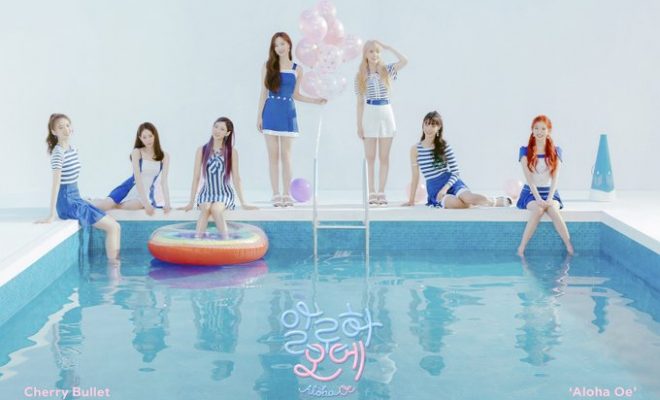 Cherry Bullet get fans excited with their coming soon teaser. Check it out below!

They have revealed an image that says they will be returning soon. The image itself is of a boarding pass with the relevant dates and clues on this upcoming return.

For their title poster, they have revealed what their title track is called. It is said to be ‘Aloha Oe‘, which gives it that summer feeling. It is also fitting to their bright and colourful outfits.

They have revealed their unit teasers. This is where the members are split up while maintaining the same concept. We see the summer vibe coming through as they pose by the pool with many props nearby.

For their concept teasers, each member gets a total of two images. We see them wearing stripped blue and white outfits while posing near the same props. It looks like they are preparing for a pool party. They show off their smiles, which lights up the images.

Meanwhile, they are set to return on August 6th. Are you enjoying the summer vibe? Let us know in the comments below!