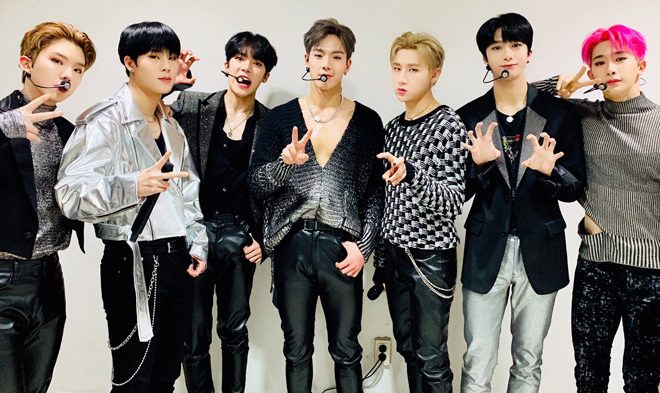 Check out Part One of our favourite MONSTA X songs

MONSTA X recently kicked off their ‘We Are Here’ 2019 World Tour in Seoul, and we’re beyond excited that the world is waking up to how amazing they are.

To celebrate the start of their tour and the fact that so many of us around the world are going to get to see them, we’ve included some of our favourite MONSTA X songs below. There are so many to choose from, we’ll be doing part two in a few days! They’re in no particular order – we love them all.

The group also recently appeared on a broadcast of MBC‘s ‘Section TV‘ to talk about the tour and their growing popularity. The tour (as we know) will be taking in 18 cities across 12 countries and will include dates in Sydney and Melbourne. It’ll be their first headlining tour here after visiting Sydney for KCON back in 2017.

Take a look at the clip from the show below where they make special mention of coming to Australia.

‘Shoot Out‘ is raucous, loud and brazen. Just how we like MONSTA X. The track kicks it straight from the beginning with a brash rap delivered like a machine gun by Jooheon. The pounding driving synths only add to the grittiness. The track is hard and rough around the edges which is deftly softened and perfected by the vocals on the track.

When ‘Shine Forever‘ starts off you think you’re in for an emotive and lyrical song from MONSTA X, with the percussive synths leading the way. To an extent, that would be correct, but when the vocals start and the rap kicks off you get a feel for where they are taking us with this song. The pre-chorus is a standout with the drumbeat and synths building the tension until the vocals explode over the top.

‘Beautiful‘ is ON from the moment the song starts. It gets going with lurching electronics and percussion while Jooheon and I.M take the song by the scruff of the neck with their fierce rap. It’s an intensely energetic track that doesn’t let go and keeps building over and over into the dramatic chorus. Having said that, they do give us a second to breathe during the refrain which is the perfect contrast to the pounding of the rest of the song.

‘Livin It Up‘ is a Japanese release that remains a firm favourite. It straddles the MONSTA X love of hard hitting hip-hop with their more dance influenced tracks. It’s a track that has a lot of character with bright synths sitting over a base of rumbling distortion. It’s a song that is rugged yet sinuous at the same time.

The Japanese version of ‘Hero‘ was their debut track in Japan. It maintained the same loud crashing synth sound and brash rap style that the original Korean version had. It’s interesting to see the difference in the clip styles between the two countries, although we’re happy to say that Wonho‘s abs still get a chance to shine!

In case you’d forgotten, we thought we’d remind you that thanks to Frontier Touring, MONSTA X will be performing in Sydney on June 5 2019 at the ICC Sydney Theatre and Melbourne on June 9 2019 at the Margaret Court Arena.

Tickets for both Australian shows are now on general public sale through Ticketek.

We know you all want more MONSTA X, so stay tuned for part two of our countdown of our favourite songs.

Do you have a favourite MONSTA X song? Will you be seeing them on their ‘We Are Here‘ world tour? If you’re in Australia have you got your tickets yet? Let us know everything in the comments below.