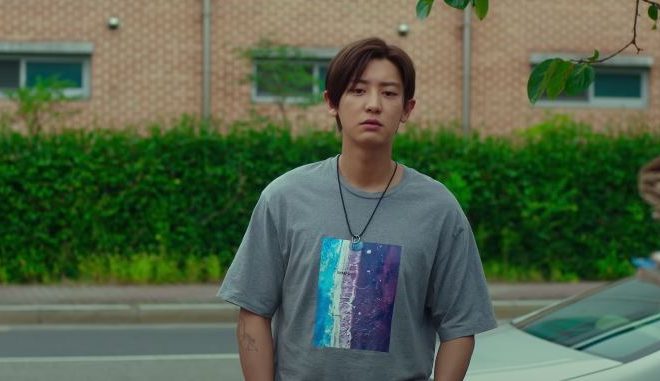 Yes, that is right! EXO’s Chanyeol has dropped two MVs for the drama, ‘The Box‘. This is his final release before he had enlisted in the military. So, check it out below!

The first MV is for the track, ‘Break Your Box‘. The track has this funky and rock vibe that unexpectedly goes well with his voice. What is also interesting about this track is the fact that he has decided to sing rather than rap. He has such a beautiful voice that goes well with this kind of genre. It is also nice that he had decided to add a rap section that brings out his deep voice. The video itself features scenes of the drama. He is part of the cast of this drama, making it more meaningful to him and his fans.

The other OST track is called ‘Without You‘. It is a cover of Harry Nilsson‘s ‘Without You‘. He is once again seen playing the guitar. His voice is deep and really brings out the best in this track. One can’t help but fall deeply in love with him as he sings ever so softly. It is just such a touching song and it is clear that he has poured his emotions into this song.

Overall, they are two beautiful songs that allow us to admire his vocals more. So, be sure to check out the MVs above. Did you enjoy it? Let us know in the comments below!