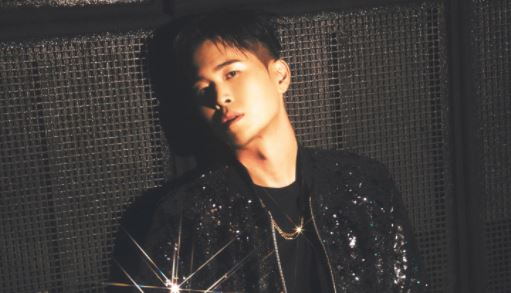 Yes, that is right! Chancellor will be returning with his second full album. Check out his teasers below!

It is revealed that he will be releasing his second full album called ‘Chancellor‘. It is set for release this month. The image itself features a beautiful and sparkly jacket. It has this fancy look while keeping it a simple feeling.

His first concept teaser is known as the Waiter version. To fit with the name of this concept, we see him wearing a waiter outfit while posing near fancy event lights. We also get to see Gaeko in some images. He, too, appears to be dressed up as a fancy waiter. It is revealed that he will be featured on the track, ‘Midnight‘.

His second concept is the Singer concept. This set of teasers feature him looking like an artist, with outfits shining in the light. Every outfit he wears allows him to bring forth his cool and charismatic side. Each image also gives off a different feeling, showcasing his diversity and charms.

He has also dropped the full tracklist. There is a total of 9 tracks including ‘Broken Wings‘, ‘Dancing Alone‘, ‘Midnight‘ featuring Gaeko, ‘Walking In The Rain‘ featuring Younha, ‘Be Mine‘ featuring Paloalto, ‘Something To Lose‘ featuring Knave, ‘Afterlife‘ and the demo version of ‘Angel‘.

Chancellor has also revealed the MV teaser. In the teaser, we get to hear this funky beat that goes so nicely with the production of this video. They have done an incredible job in matching that 80s vibe to the video.

Meanwhile, he will make his hot return on October 13th. Are you enjoying the teasers so far? Let us know in the comments below!