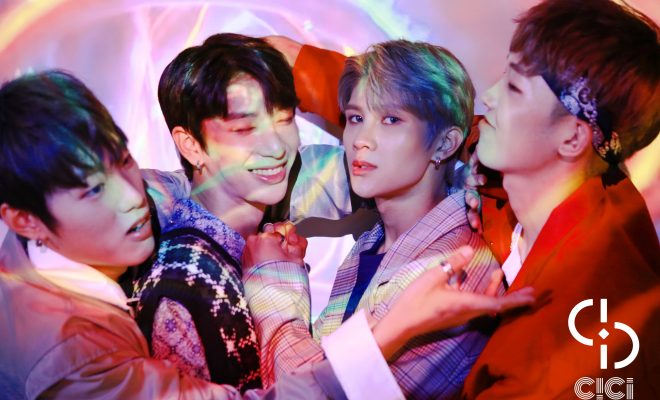 C!CI make their debut with ‘CC’

C!CI have made their official debut with the release of their first single album ‘CC’.

They have dropped the music video for their song ‘CC’, and it’s a fun and vibrant debut track. The lyrics to ‘CC‘ were written by Won, Haneul and Sunghyun, who also produced the song.

It’s a chill and relaxed pop track that gives each of the members a chance to show off their vocal skills. It’s a perfect summer track.

Prior to the release of the MV, the group had released individual teaser clips of each of the members. The teaser clips are cuts from the official MV for ‘CC‘ and while they gave us a taste of the song, the main feature of the clips was the individual charms of each of the members. We’re sure you’ll agree that each of them brings a different aspect to the group which will no doubt see C!CI become another successful Kpop group.

What do you think of ‘CC‘, the debut MV from C!CI? Do you have a favourite member? Who is it? Let us know your thoughts in the comments below?