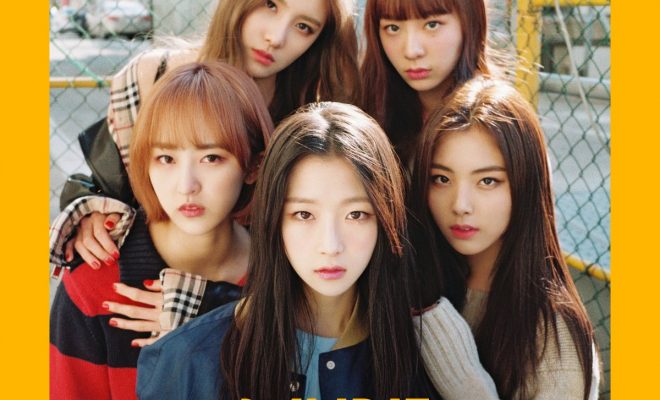 BVNDIT continues to tease for their upcoming debut with ‘Bvndit, Be Ambitious!‘. They have dropped the final set of unit teasers, as well as more individual teasers. They have gone ahead and revealed the online album cover, as well as the tracklist. So, check it out below!

The members that have yet to reveal their individual teasers are Jungwoo and Seungeun. Like the other members, we get to see them embrace two kinds of concepts. The first teaser show them in the denim outfits that work well with them. The second image has them posing in black that goes nicely with the blue. They are also seen posing with one another for their unit teaser. They definitely elude that strong feminine.

For their online cover teaser, we see them in a different concept. They are seen embracing their more casual look while looking quite expressionless for this image. The orange coloured background goes nicely with their outside look. They definitely is a group that fans should look forward to!

They have also dropped the tracklist. This album will have a total of three tracks including the title track, ‘Hocus Pocus‘, ‘Be Ambitious!’ and ‘Temperature Of Love‘.

Meanwhile, the group is set to make their hot debut on April 10th. Which track are you looking forward to? Let us know in the comments below!

Tracey Luu
← Previous Story 1THE9 continues to show off their members in individual video teasers
Next Story → Bolbbalgan4 gives you a listen to their upcoming album!