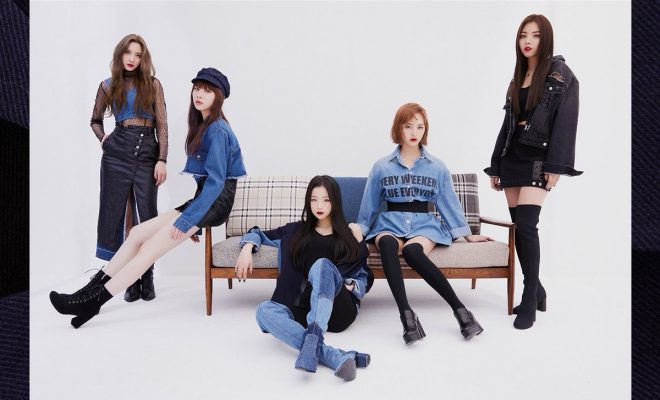 As scheduled, BVNDIT has begun teasing for their upcoming debut. They have revealed all kinds of image teasers. So, check it out below!

They have begun with their group teasers. They appear to be adopting the mix between denim and black. Thus, they have presented to us two types of group teasers; one of which embraces a dominance of denim while the other is black being the dominant colour. The contrast is nice and shows the strong concept they are going for.

For their individual and unit teaser, they are seen embracing that denim look. They surely know how to make the look work, especially with their deep red lipstick. It is a great contrast with their overall vibe, giving it that strong girl look. They have also released the black dominance image, which their dark aura comes out more deeper.

Meanwhile, they will continue to tease for their upcoming debut. They are set to debut on April 10th. What do you think of the concept so far? Let us know in the commentts below!