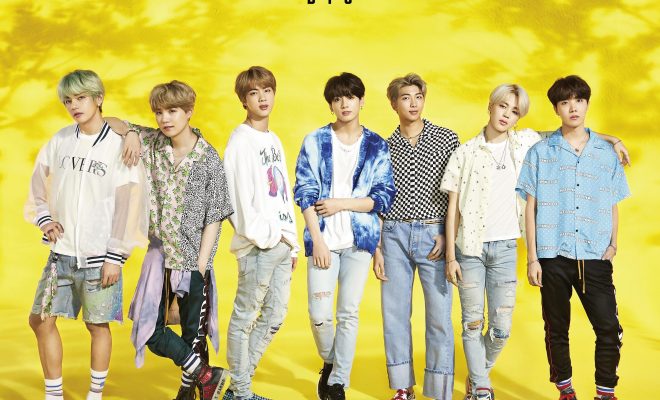 BTS to make their Japanese return with 10th single

Yes, that is right! We finally get more details on BTS‘ upcoming Japanese 10th single, ‘Lights/Boy With Luv‘. So, check out the details below!

BTS will be releasing their own original Japanese song, ‘Lights‘ for the first time in four years. They will be releasing a total of five versions. The first version is the First Press Limited Edition A. It comes with a CD and a DVD. The CD will contain a total of three tracks including ‘Lights‘ and the Japanese versions of ‘Boy With Luv‘ and ‘Idol‘. The DVD itself contains the MV for ‘Lights‘ and ‘Idol‘.

The second version is the First Edition Limited Edition B. It took contains a CD and DVD. The CD contains ‘Lights‘ and the Japanese versions of ‘Boy With Luv‘ and ‘Idol‘. The DVD itself contains the making of ‘Lights‘ MV and the making of their jacket photos.

Their next version is the First Edition Limited Edition C. It only comes with the CD which contains ‘Lights‘ and the Japanese versions of ‘Boy With Luv‘ and Idol‘. There is also a 36-page photo booklet to go with it.

There is a Normal Edition which comes with the CD only.

The final version is their FC Store Limited Edition. It comes with the CD with a FC Stored limited Front cover and 7 changing jacket piece enclosed.

Meanwhile, BTS will make their hot return on July 3rd. Will you be getting their albums? Let us know in the comments below !

Tracey Luu
← Previous Story Lee Jeongmin announces his solo debut with a teaser
Next Story → Teen Top are full speed ahead with their ‘Lyrics’ teasers!