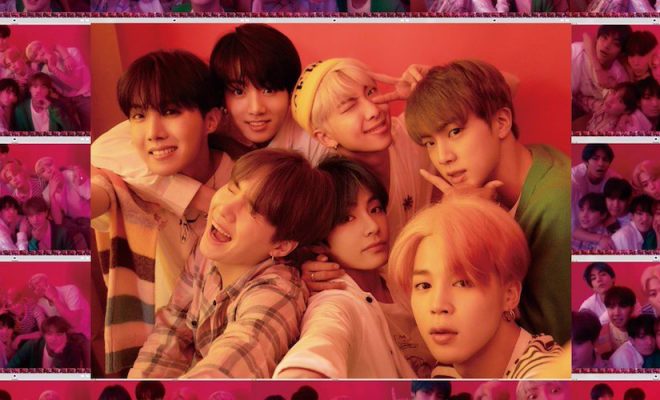 BTS fans are going crazy for the first concept images for ‘Map of the Soul: Persona’

With 12 days until the release of the new BTS album ‘Map of the Soul: Persona‘, the onslaught of teasers has begun!

The first set of concept teaser images was released overnight and they’re, well, cute and fluffy is the only way we feel that we can describe them.

The images are very colouful from the overall tone which is pink, to their hair colour – shades of the rainbow, to their clothing.

There are two distinct sets of images; the first has an almost vintage feel with group shots and individual shots looking like they were captured by each other, and include borders of the other images in the set.

In the second set, the individual images, the members are checking themselves out in the mirror as they get ready.

Which set is your favourite?

What did you think of the first set of concept teasers from BTS? Are you excited for a new BTS album? Let us know your thoughts in the comments below.