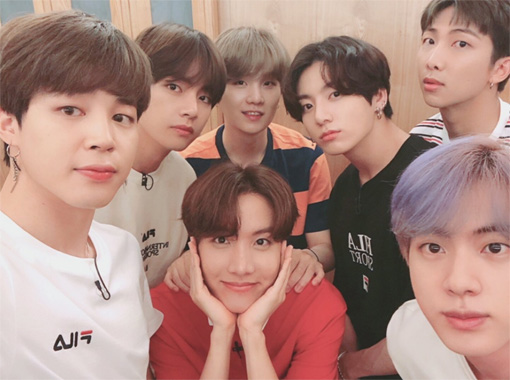 BTS are helping us get through self-isolation

We’re all slowly going off the rails thanks to self-isolation (which we all know is for our own good!), but here comes BTS to help us get through.

Overnight it was revealed that the group will be releasing a special edition of their official light stick!

Big Hit Entertainment has revealed a sneak peek of its new ‘Map of the Soul‘ special edition of BTS’s light stick.

The teaser clip shows the words ‘MAP OF THE SOUL’ featured on the stick’s handle, while the sphere bears both the BTS and ARMY logos.

BTS Map of the Soul Lightstick

Just a few days ago, BTS revealed that they will be streaming footage of their concerts over the years in a special event for fans who are staying at home!

The streaming event will provide fans with an ‘at-home BTS concert experience‘, and the teaser poster encourages fans to ‘spend a couple of Spring Days comfy at home with BANG BANG CON‘.

The event will be held from April 18 to 19, starting at noon KST and stream on the BANGTANTV YouTube channel.

What do you think of the new BTS ‘Map of the Soul‘ lightstick? Will you be watching BANG BANG CON? Let us know your thoughts in the comments below.