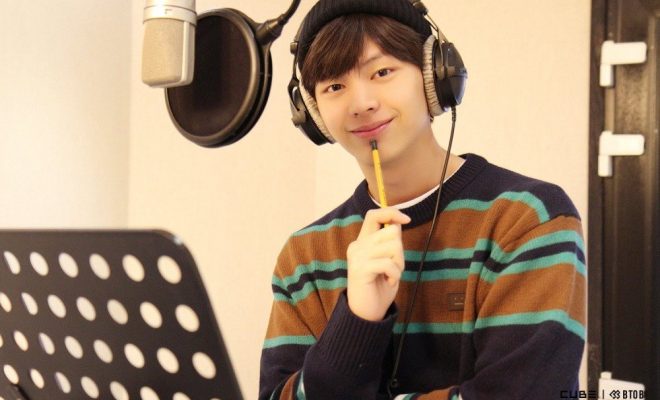 BTOB’s Sungjae has has going ‘HMHN’ and completely ‘Hypnotized’

BTOB‘s Yook Sungjae has released the final part of his ‘3X2=6′ project. The project has seen him releasing two songs per month since December.

The two tracks for this month’s release were ‘HMHN‘ with Ilhoon and ‘Hypnotized‘ with Peniel.

Sungjae‘s soothing vocals are a highlight of both tracks. I can’t pick a favourite, I love them both equally. They’re quite different in style and mood, but Sungjae‘s voice is just beautiful (as always!)

Check out the lyric videos with English subtitles:

What do you think of Sungjae‘s tracks ‘HMHN‘ and ‘Hypnotized‘? Have you been enjoying his regular releases? Let us know your thoughts in the comments below