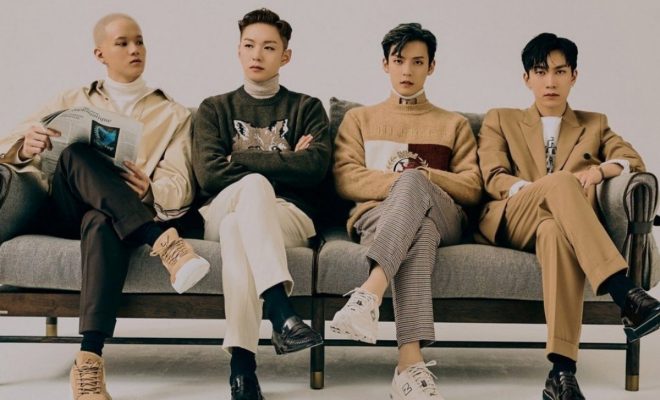 BTOB 4U is ‘OUTSIDE’ in comeback schedule

Yes, that is right! BTOB 4U is finally making their comeback. They have dropped their teasers. So, check it out below!

It is said that they will be releasing a special album called ‘4U: Outside‘. From their comeback schedule, they will release the tracklist on August 17th. The concept teasers will be revealed on August 18th and 19th. The audio snippet is set for August 20th. The MV teasers are scheduled from August 23rd to 27th.

From the tracklist, there is a total of six tracks including ‘Dream‘, ‘Outsider‘, ‘Traveler‘, ‘Waiting 4 U‘ and ‘Show And Prove‘.

Meanwhile, they will make their hot return on August 30th. Are you excited for their return? Let us know in the comments below!

Tracey Luu
← Previous Story P NATION is coming soon!
Next Story → Brave Girls get you excited with their comeback schedule