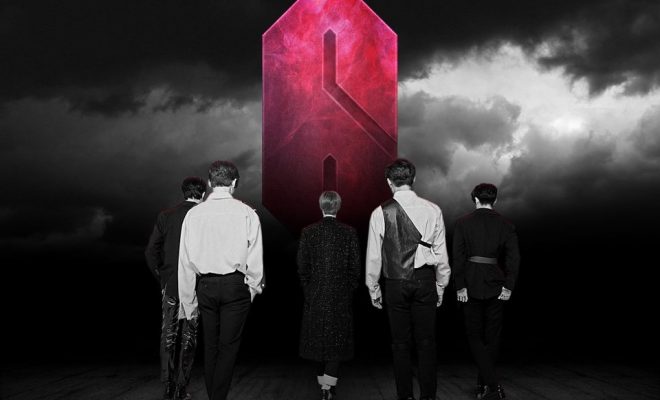 Yes, that is right! We are getting more official news about Brand New Music‘s upcoming boy group. Now, they have confirmed all the news with the group’s name. Check out all the information about this group below!

So, the group will have a total of five members. The name is AB6IX and is pronounced as “A-B-6“. Even though there is only five members, the six represents the five members and the fans. Thus, that is the significance of the six. Meanwhile, the AB is meant to stand for absolute and above BrandNew!

The video above gives us a feel for the kind of concept they will go for and what kind of group we can expect from them.

They have also gone ahead and revealed their official image teasers. They revealed the first image in which their backs are to us. They are walking towards their red symbol, which is so beautiful to look at. They definitely know how to get us all excited for their debut.

Their second image teaser reveals four of the members that are turning towards us. These four members are definitely faces that we know. They have all appeared on Produce 101, a part of Wanna One or MXM. The final member is the only one we don’t know and yet he is not facing us! It definitely makes it quite suspenseful. Who could it be?

Meanwhile, the group is set to make their hot debut in May. Are you excited for the fifth member and their debut? Let us know in the comments below!